12 Myths About Homelessness in America 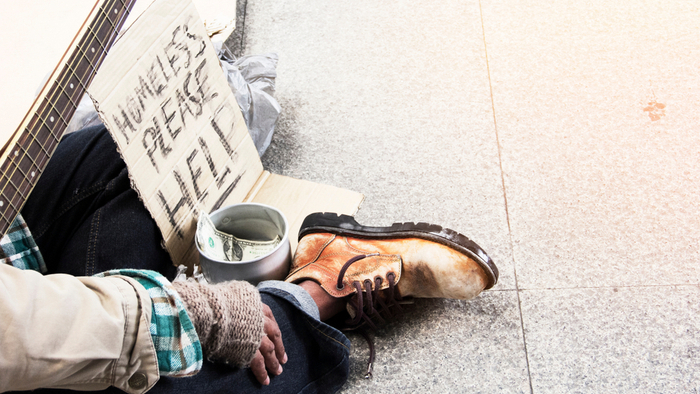 • What are the ways that donors can help the homeless population? What are the main barriers for people facing homelessness?

• Where is the strategy in philanthropy’s efforts to end homelessness? Click here to find out.

On a single night in January 2018, the US Department of Housing and Urban Development collected nationwide data to determine there are now about 553,000 homeless people across the country—or nearly the same number as the entire the population of Albuquerque, New Mexico.

While that is an improvement on the estimated 647,000 homeless Americans in 2007, it also reflects a lingering inability to solve a four-decade-old national crisis.

While well-intended, New York City policies to stem street homelessness can increase rather than reduce alienation because they rarely take into account a homeless person’s individual needs—such as pet ownership, health issues, or difficulties obtaining identification documents, among other, says Deborah K. Padgett, professor at the Silver School of Social Work at New York University and co-principal author of recent study in Evaluation and Program Planning.

Much of Padgett’s work has explored the long-term cost benefit and effectiveness of providing housing and support to homeless individuals up front, without first requiring treatment compliance and drug and alcohol abstinence. This increasingly used approach, known as “Housing First,” originated in New York.

Here Padgett debunks some of the most common homelessness myths:

1. MOST ARE MENTALLY ILL
“Decades of epidemiological research reveals that one-third, at most, have a serious mental illness. Many initially believed de-institutionalization or closure of mental hospitals a prime cause of homelessness, but this occurred well before the sharp increase in the 1980s.”

Read the full article on 12 myths about homelessness in America by Robert Polner at Futurity.