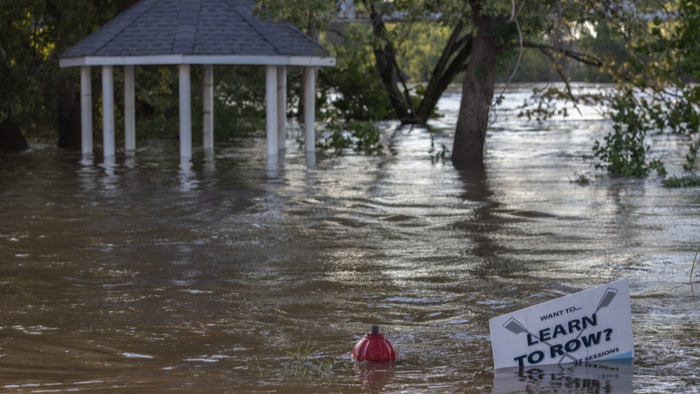 • What role can you play in supporting effective and equitable disaster policy?

• Read more about the need for federal disaster policy to center racial and economic equity.

Hurricane Ida hit New Orleans on Aug. 29, 2021, 16 years to the day after Hurricane Katrina flooded the city. This time the levees held. Billions of dollars invested in reinforcing them had paid off – at least for part of the population.

A strong similarity between Ida and Katrina still emerged: Low-income communities and communities of color remain at high risk from hurricanes.

As scholars who study refugees and migration worldwide, we are finding that the communities most at risk are being pushed into permanent displacement and homelessness, or deeper into poverty, with each climate-related disaster. Much of this could be prevented if the U.S. government invested in preparedness and did more to protect vulnerable communities.

Despite years of preparations, New Orleans Mayor Latoya Cantrell said there was no time to issue a mandatory evacuation order as Ida rapidly intensified into a powerful Category 4 hurricane. She urged city residents to “hunker down.” Mass evacuations require coordination among multiple parishes and states, and there wasn’t enough time. In several surrounding parishes, people were told to evacuate, but in low-lying and flood-prone areas, many residents couldn’t afford to leave.

Hurricane Ida became the most destructive storm of the busy 2021 Atlantic hurricane season, which ended Nov. 30. It was one of eight named storms to hit the U.S. as the season exhausted the list of 21 tropical storm names for only the third year on record.

While many New Orleans residents breathed a sigh of relief as Ida’s storm surge subsided, the damage outside the city’s levee system was devastating.

In St. John the Baptist Parish, about 30 miles northwest of New Orleans, Ida’s storm surge flooded the largest town, LaPlace, whose residents have faced many natural disasters over the years. Most LaPlace residents couldn’t afford to evacuate. When the storm hit, people pleaded for boat rescues. Two months later, residents were still waiting for repairs, and some were contemplating leaving permanently.

Native communities living in the bayous of coastal Louisiana are also facing the risk of permanent displacement. One example is the Houma people, who saw many of their homes damaged or destroyed. The Houma have been recognized by the state as a tribe since 1972 but are not recognized by the federal government and thus are not eligible for federal community assistance. Instead, members apply for assistance as private citizens. Many were left without housing, and their displacement erodes the Houma’s sense of community and connection to their land.

In many parts of the U.S., the legacy of segregation means that low-income communities are more likely to live in high-risk areas. When Hurricane Harvey flooded Houston in 2017, for example, low-income neighborhoods were most affected. According to the Greater Houston Flood Mitigation Consortium, a quarter of affordable, multifamily housing lies within a currently mapped floodplain and is vulnerable to future flooding.

As disasters become more frequent in a warming climate, low-income people without adequate assistance in flood- and hurricane-prone areas are likely to be permanently displaced because it will be too costly to try to rebuild.

Agencies like the Federal Emergency Management Agency, the Army Corps of Engineers and the Department of Housing and Urban Development all respond to climate-related emergencies. But the absence of any central coordinating agency means the government’s response tends to be disorganized and can even contribute to deepening inequalities.

FEMA, the main source of post-disaster funding, focuses primarily on recovery and reconstruction of property, which favors homeowners and wealthier individuals. The aid is allocated based on cost-benefit calculations designed to minimize taxpayer risk.

When property values are higher, FEMA’s payments for damages are higher, making it easier for wealthier neighborhoods to rebuild. As a result, the majority of the funds are not given to those who need them most but rather to those whose property is worth more.

People with more resources can also apply more easily for aid, whereas the application process can be too complicated and demanding for those without access to up-to-date information and internet service.

FEMA’s Individual Assistance Program provides financial assistance to those who are uninsured, but the program cannot pay for all disaster-related losses. Federal assistance comes either as a loan or as a FEMA grant of about US$5,000 per household. But the average flood insurance claim in 2018 exceeded $40,000, according to FEMA.

The National Flood Insurance Program helps those who can afford the insurance. But those who are uninsured aren’t able to recover their losses. Disaster cycles ensue in which those who are most at risk cannot access funding either to prepare for disasters or to recover from them.

For example, in cases of urban flooding, families who own homes can get up to $30,000 in FEMA grants for rebuilding and recovery. If they have higher incomes, they can also benefit from a tax refund. Wealthier individuals are also more likely to apply for Small Business Administration low-interest disaster loans.

In contrast, low-income families who are uninsured or who rent a home often receive smaller grants from FEMA and do not qualify for significant tax refunds or SBA loans due to low credit scores.

Additionally, richer individuals and families often receive help from their employers and have more flexibility in terms of taking time off to recover and take care of their families. Low-income families generally do not have the luxury to step away from their jobs, and many even lose them as a result of climate-related disaster and business closures.

This means that those with wealth and high incomes experience a very different recovery process than those with fewer possessions and lower income. Climate disasters can drive less-privileged people and people who don’t own property into debt as they become displaced, lose their jobs and must pay higher housing and rent prices due to reduced housing availability.

How government could help

Social scientists have been saying for decades that natural disasters exacerbate inequalities. New Orleans and Houston are just two examples of the inadequacy of short-term emergency responses.

The U.S. government can minimize the risks and the impact of displacement by planning and preparing for both slow- and rapid-onset events.

It can move from a disaster response that is focused on recovering property to one focused on protecting those most at risk. The federal government is starting to make some moves in this direction. In September 2021, it expanded the forms of assistance offered. It also expanded the types of home ownership and occupancy documents it accepts, a change meant to help those in homes passed down through generations who lack clear ownership documents. These changes now need to be publicized as part of a wider government strategy to increase protection for low-income residents.

Ideally, the government could set up an agency focused on climate-related migration and displacement to research how at-risk areas will be affected and work with residents to find solutions. In our experience, the most effective agencies are those that work closely with local communities.

Strengthening protection in at-risk areas and supporting low-income communities recovering from disasters can help reduce economic and political polarization, population loss and economic decline, and boost protection for all.

This article was updated Dec. 1 with the 2021 hurricane season’s final numbers.