How Climate Action and the Sustainable Development Goals are Interconnected 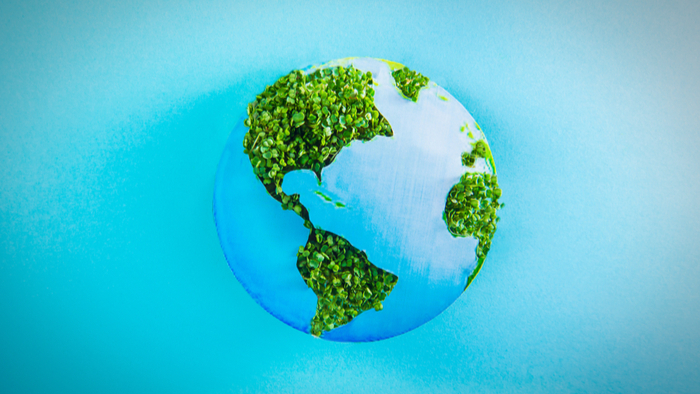 • Chandler Green explains how climate action and the Sustainable Development Goals are interconnected through nine examples.

• Read about evaluating progress toward the SDGs.

SDG 8: DECENT WORK AND ECONOMIC GROWTH
Action on climate change is a major jobs opportunity. Research from the New Climate Economy finds that bold climate action could produce some 65 million jobs by 2030 — that’s the equivalent to the current work forces of the UK and Egypt combined. And on top of that, achieving the SDGs by 2030, which includes SDG 13: Climate Action, could unleash $12 trillion in market opportunities. Of course, policies that promote a green economy must ensure a “just transition” for workers coming from less environmentally sustainable industries so that no one is left behind.

SDG 15: LIFE ON LAND
According to a 2019 report from the Intergovernmental Science-Policy Platform on Biodiversity and Ecosystem Services (IPBES), 1 million plant and animal species face extinction from human activities, including human-caused climate change. At the same time, protecting nature and biodiversity offers a powerful, nature-based approach to tackling climate change. Ecosystems like forests and wetlands are considered climate solutions because they absorb carbon from the atmosphere. It is estimated that natural climate solutions like these could provide up to one-third of the climate mitigation needed to meet the goals of the Paris Agreement.

SDG 14: LIFE BELOW WATER
The Intergovernmental Panel on Climate Change (IPCC)’s 1.5 °C Report finds that virtually all coral reefs are projected (~99%) to be lost if the planet’s temperature reaches  2°C above pre-industrial levels. This loss would be primarily the result of ocean acidification, the process by which the ocean absorbs carbon dioxide (CO2) from the atmosphere and becomes more acidic, threatening all life below water.

SDG 10: REDUCED INEQUALITIES
Although the poorest half of the world’s population causes just 10% of carbon dioxide emissions, developing countries will bear an estimated 75% of the costs of the climate crisis. Developed nations are the biggest consumers and the biggest polluters, and these unsustainable trends unjustly put those who are least prepared and least responsible for climate change — like low-lying island nations and indigenous communities — at grave risk.

SDG 4: QUALITY EDUCATION & SDG 5: GENDER EQUALITY
Access to education can create a life full of opportunity for girls and women, their families, and their communities. It’s also one of the most cost-effective mechanisms for reducing greenhouse gas emissions. In fact, Project Drawdown ranks educating girls as the #6 solution to climate change (out of 80!).

SDG 1: NO POVERTY
The world has made considerable progress toward achieving SDG 1: No poverty, with the proportion of people worldwide living in extreme poverty falling from 36% in 1990 to 10% in 2015. But climate change could drive more than 100 million more people into poverty by 2030, according to the World Bank. Globally, poor people are more vulnerable to extreme weather, crop losses, and health threats — risks that are worsened by climate change.

SDG 3: GOOD HEALTH AND WELL BEING
Globally, 9 out of 10 people breathe polluted air. And even worse: 7 million people worldwide die prematurely from air pollution every year, according to the World Health Organization (WHO). Much of the same pollutants causing our air pollution crisis are also causing our climate crisis.

SDG 7: AFFORDABLE AND CLEAN ENERGY
Transforming the energy sector will make or break our efforts to tackle the climate crisis. The production and use of energy is the single biggest contributor to climate change, accounting for roughly two-thirds of greenhouse gas emissions.

Read the full article about climate action and the sustainable development goals by Chandler Green at the United Nations Foundation.