A Pattern Of Record-Breaking Extreme Heat 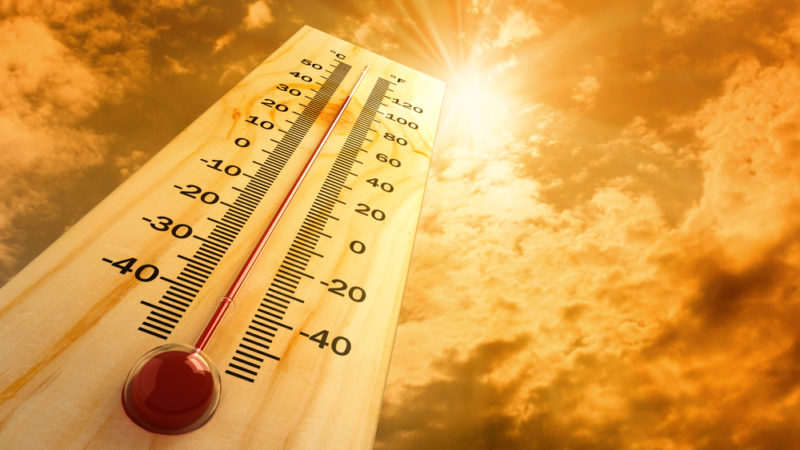 · According to Fast Company, this past July was the hottest month ever measured. Experts explain that this pattern of recordbreaking extreme heat would not be occurring in the absence of human-caused climate change.

· What can be done to reduce the increasing global temperature? How can donors invest in efforts fighting global warming?

· Check out this article to read more about the effects of climate change and what your city will look like in 2080.

June of 2019 was the hottest June on record in the planet’s history. But July 2019 was the hottest month on record period, according to new data from the World Meteorological Organization and Copernicus Climate Change program, marginally edging out July of 2016 by a few hundredths of a degree. “Our planet has now witnessed the warmest month in recorded history,” says climatologist and geophysicist Michael Mann, the director of the Earth System Science Center at Pennsylvania State University. “It is part of a worrisome pattern of streaks of broken records that, as our own research demonstrates, would not be occurring in the absence of human-caused climate change.”

In France, Paris reached a record high of 108.7 degrees Fahrenheit late in the month, and elsewhere in the country, some nuclear reactors shut down because water used to cool the equipment became too hot. In Greenland, an estimated two billion tons of ice melted on a single day. In Japan, a heat wave killed at least 11 people and sent thousands of others to emergency rooms. In Russia, millions of acres are burning in massive wildfires. In the U.S., a heat wave made Washington D.C. feel as hot as Death Valley.

Though extreme heat often gets a little less attention than disasters like hurricanes, it kills more Americans, on average, than any other type of disaster. Extreme heat can also shut down critical infrastructure, grounding planes, warping train tracks, and overloading power grids. If greenhouse gas emissions continue on their current path, the problem will get far worse (one recent study found that the number of days that feel hotter than 100 degrees will double by the middle of the century in the U.S.). In some parts of the world, the combination of extreme heat and humidity may become so intense that some areas eventually become uninhabitable.

Read the full article about extreme heat and climate change by Adele Peters at Fast Company.