Adapting to a Warming Planet 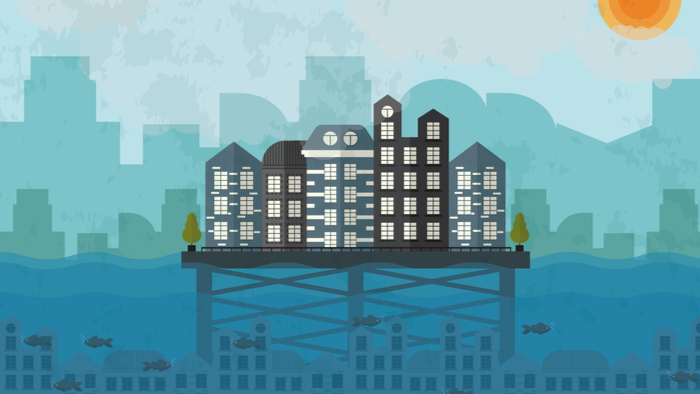 For more than half a century, scientists have been calling on world leaders to mitigate climate change and protect the planet by stopping greenhouse gas emissions.

But this guidance has been so widely neglected that mitigation alone will no longer cut it — countries now need to heavily invest in adaptation measures as well.

The past decade was the hottest in recorded history. Tropical storms are getting worse, and sea levels are rising; countries face proliferating droughts, an acidifying ocean, and shrinking sources of freshwater. Farming is becoming more difficult, deforestation is continuing, and infectious diseases are becoming more likely. More than 21.5 million people are displaced by climate-related events each year and 100 million people could be pushed into poverty by climate change by 2030.

In the years ahead, countries will have to perfect the art and skill of climate adaptation. It’s no longer responsible or even viable to maintain current forms of infrastructure, agriculture, urban planning, land use, and economic development.  Climate adaptation is the flipside of mitigation. If mitigation seeks to prevent the environment from changing, adaptation seeks to help people live in a changed environment.

“Adapting to climate change is a moral, economic, and environmental imperative,” Christina Chan, director of the Climate Resilience Practice at WRI, told Global Citizen. “Investing in adaptation is not accepting defeat and failure. It’s accepting reality.”

Adaptation is open-ended and takes many forms. It can be disruptive, such as when an entire community is relocated, or discreet, such as when a shoreline is reinforced. It covers everything from helping farmers grow crops with less rainfall to making sure buildings can withstand flooding events. It includes installing early-warning systems for natural disasters and improving the management of waterways.

“We risk a ‘climate apartheid’ scenario where the wealthy pay to escape overheating, hunger, and conflict while the rest of the world is left to suffer,” Philip Alston, the UN Special Rapporteur on extreme poverty and human rights, said in 2019. “Climate change is, among other things, an unconscionable assault on the poor.”

That’s why climate adaptation is inseparable from climate justice.

Achieving climate justice requires a few things. First, wealthy countries must pay for the majority of climate adaptation globally. That means they have to fund adaptation projects in low-income countries. This can come in the form of supporting multilateral institutions like the GCF, the Adaptation Fund, the Global Environment Facility, and the International Climate Initiative, or directly providing foreign aid.

Climate justice also requires grassroots participation, as opposed to top-down implementation. WRI recently announced that 40 governments and institutions pledged to support a set of principles for locally-led adaptation that would address structural inequalities and allow community members to make financing decisions, among other things.

The decade ahead could entail business as usual, with worsening climate change and inequality, and communities swept into the ocean or obliterated by storms. Or it could feature transformation, a new rigor and transparency around adaptation, and a level of climate resilience that allows people to thrive.

Read the full article about climate adaptation by  Joe McCarthy at Global Citizen.