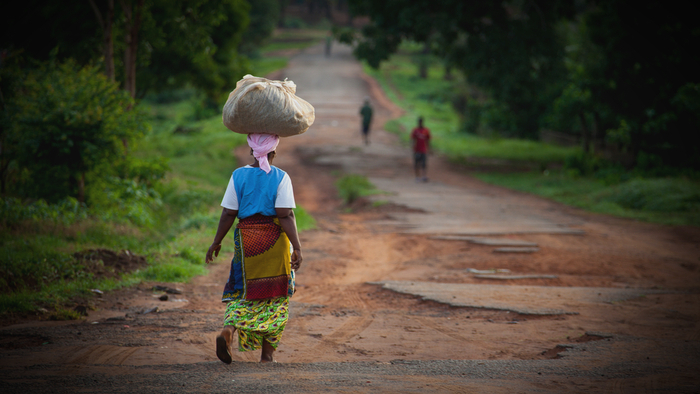 •  United Nations Population Fund (UNFPA) is doing it can to reduce the maternal mortality rates in Sierra Leone, where  1 in 17 mothers has a lifetime risk of dying in connection to childbirth.

• How can donors get involved in curbing maternal mortality rates? What are the barriers to progress in Sierra Leone?

• Learn more about women’s health in the U.S. and abroad.

In certain countries around the world, complications during pregnancy, delivery, and post-partum, alongside other systemic factors like lack of access to timely or adequate health services, can result in maternal death — but the United Nations is trying to change that.

In Sierra Leone, 1 in 17 mothers has a lifetime risk of dying in connection to childbirth. The small West African country, with a population of 6 million people, has one of the highest maternal mortality rates in the world, with an estimated 1,165 deaths per 100,000 live births, according to the UN’s most recent data.

In Sierra Leone, 32% of maternal mortality is caused by post-partum hemorrhaging. When women give birth at local health clinics and hemorrhage, they have an urgent need for a blood transfusion, which must be done at a hospital.

But having skilled attendants alone will not improve Sierra Leone’s dismal maternal mortality figures. According to UNFPA Sierra Leone, 87% of pregnant girls and women in the country already use a skilled attendant when giving birth, and 83% of people give birth in a facility. Oyeyipo says this data should point to better outcomes and insists the country should not have one of the highest maternal mortality rates in the world.

According to Oyeyipo, 25% to 30% of maternal mortality in the country can be reduced by family planning, which is a UNFPA focus.

UNFPA estimates that their work increasing access to family planning in Sierra Leone, from 2015 to 2017, has: averted nearly 570,000 unintended pregnancies, averted over 200,000 unsafe abortions, and prevented over 4,500 maternal deaths.

Read the full article about maternal mortality in Sierra Leone by Jacky Habib at Global Citizen.

If you are interested in Global Health, please see these relevant events, training, conferences or volunteering opportunities the Giving Compass team recommends.

In addition to learning and connecting with others, taking action is a key step towards becoming an impact giver. If you are interested in giving with impact for Global Health take a look at these Giving Funds, Charitable Organizations or Projects.