Understanding the Roles of Teachers In A Tech Classroom 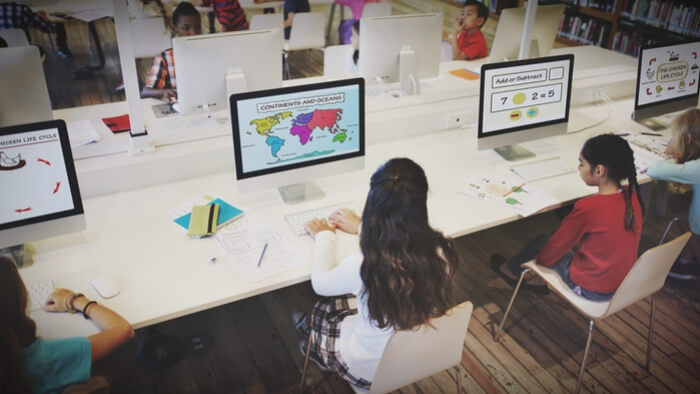 • Tara Garcia Mathewson, writing for The Hechinger Report, explains the long-term role of teachers as more technology makes its way into classrooms.

• Read about the role of technology in education.

Advances in technology have meant a world of change in schools. Yes, proponents of “disruption” tend to argue that students are basically sitting in time capsules from the industrial era, but technology has made schools look and run very differently, both on the operations side and the instructional side.

Computers, laptops and other digital devices have become commonplace in most schools nationwide, changing the way students get instruction and complete assignments. This has created new risks and led to the founding of new departments focused on the safety and security of all this data. It has also created new efficiencies for schools.

In discussions about increasing the role of technology in schools, questions are often raised about the long-term role of teachers. While some worry that ed tech proponents advocate for sidelining teachers, panel advocates disagreed, saying teacher skills will just need to change. Supovitz, for example, said there will be demand for teachers who are more sophisticated about looking at and responding to student performance data.

Many districts just want teachers to be teachers, while data analysts do the extra work to support them. And that balance may be just what schools need for the classrooms of the future.

Learning with others and benchmarking are key steps towards becoming an impact giver. If you are interested in giving with impact for Education (Other), take a look at these events, galas, conferences and volunteering opportunities to connect with individuals like you.