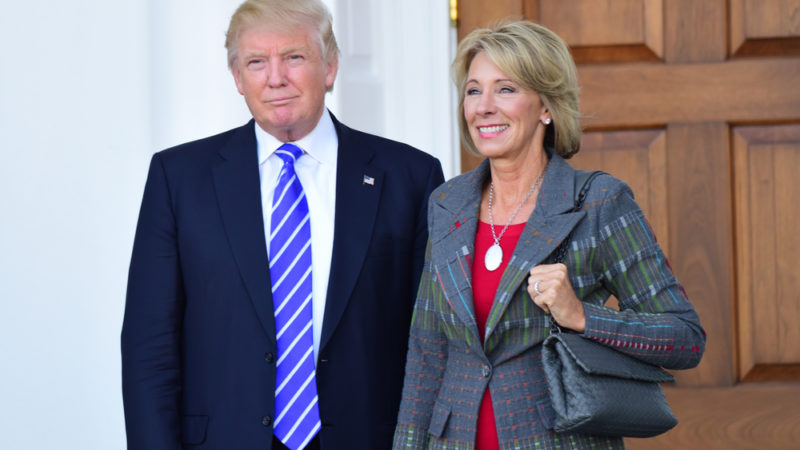 · Secretary of Education Betsy DeVos announced that guns and gun violence were not on the agenda of the national commission on school safety. Although President Trump formed the commission after the Parkland school shooting, DeVos believes that gun control is not something the commission should address.

· In a DOE press release, Attorney General Jeff Sessions described the purpose of the safety commission to be centered around gun control and violence in schools. Why did Sessions make this announcement if DeVos wasn’t going to focus on gun control?

· Read more about the school-safety commission.

“Maybe the adults have gotten used to saying, ‘It is what it is,’ but if us students have learned anything, it’s that if you don’t study, you will fail,” said Parkland school shooting survivor Emma Gonzalez at a gun control rally in Fort Lauderdale, FL, in February. “And in this case if you actively do nothing, people continually end up dead, so it’s time to start doing something.”

The most obvious thing to do is to study the causes of mass shootings, in school and elsewhere, and then pass legislation to fix it. Yet Secretary of Education Betsy DeVos doesn’t agree. Her national commission on school safety dismisses the impact of guns on school safety. This shouldn’t be terribly surprising to anyone who’s paying attention. After all, this is the same woman who, during her Senate confirmation hearing in 2017, absurdly justified guns in school to “protect from potential grizzlies.” No wonder then that she told the Senate Appropriations subcommittee hearing last week that a school safety commission formed after the Parkland, FL, mass shooting was “not part of the commission’s charge, per se.”

The omission of guns from a comprehensive examination of school safety flies in the face of the original directive of the commission: the connection between guns and other violent behaviors. This exclusion also belittles the hundreds of lives that have been negatively affected by gun violence, from Columbine in 1999 to Sandy Hook in 2012 to Parkland earlier this year. In one exchange during the subcommittee hearing with Sen. Patrick Leahy, DeVos made an absurd argument that gun violence wasn’t a focus because the commission was charged with examining school safety.

Read the full article about Betsy Devos’ disregard for gun control by Andre Perry at The Hechinger Report.