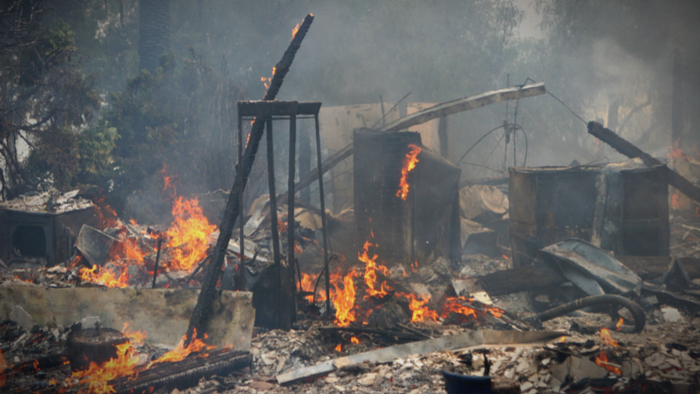 • The author discusses the physical and psychological impacts of natural disasters on California schools and students, as a layered disruption to the education system and why disaster preparation is so essential.

• What is a priority for California school districts in thinking about the next steps?

• Read the Giving Compass Disaster Relief and Recovery Magazine for more information on how donors can make an impact.

Camp Fire, the deadliest wildfire in California history, left Paradise Unified School District with eight schools damaged or destroyed, and at least 3,800 or its more than 4,200 students without homes, closing the district until Dec. 3, EdSource reports.

Other districts have rebuilt after similar disasters — and the article notes a “herculean effort” to find new schools for Santa Rosa students following last year’s Tubbs Fire — but the magnitude of the destruction in Butte County (where Paradise Unified School District is located), coupled with the region’s isolation and lack of resources, has raised some concerns about the rebuilding process.

The current spate of fires and the unpredictable destruction they leave in their wake highlights the need for districts to plan ahead with disaster preparation and response strategies, especially if they’re located in an area where a natural disaster is likely to occur.

According to the Brookings Institute, research shows that children who have undergone “climate shocks” experience lower levels of educational attainment and academic performance and higher levels of absenteeism. This latter issue is something that was addressed by NPR in a 2017 article that detailed how some districts found creative ways to make up lost school days post-disaster.

There is also the issue of poverty and unstable circumstances post-disaster. According to the Strategic Data Project (SDP) at the Center for Education Policy Research at Harvard University, before Hurricane Katrina, 49% of students in New Orleans were eligible for free and reduced lunch. The year after the storm, the number jumped to 79%.

Disasters is a fascinating topic, and others found these events, galas, conferences and volunteering opportunities aggregated by Giving Compass to be relevant for individuals with a passion for Disasters.