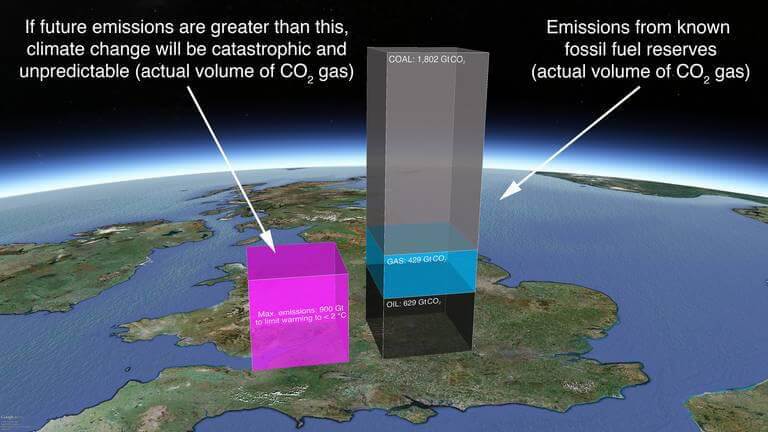 • TriplePundit reports on a financial think tank called Carbon Tracker which estimates that fossil fuel-focused companies could lose trillions of dollars if they don’t start incorporating clean energy into their business plans.

• Just goes to show that environmentally-friendly practices aren’t just good for the planet — they’re good for the bottom line. There’s a lesson that corporations of all stripes shouldn’t look to just eke by based on current standards and policies, since so much will change in the future. The “stranded assets” referred to here are investments in fossil fuel that no longer have any value due to new regulations and a greater shift to renewable energy.

• Looking for more dollars and sense? Here’s another article about the economic implications of clean energy.

Oil, gas and coal companies are at risk of losing trillions of investment dollars in the coming years if they do not start transitioning away from fossil fuels, says the financial think tank, Carbon Tracker.

According to its latest report, analysts project that energy companies will be looking at a loss of about $1.6 trillion in investment dollars in the next 17 years if they continue to base their operations on current emissions policies.

“There is a clear danger zone above a 2°C scenario where excess capex (capital expenditure) and CO² emissions need to be avoided,” the analysts warned, noting that the ‘carbon budget’ proposed by the International Energy Agency is set to limit the earth’s temperature to 2 C and the concentration of greenhouse gasses to 450 parts per million of CO2. It also calls for capping “long-term temperature increase at 4°C” by lowering further emissions by 2050.

Carbon Tracker analysts point out that further expansion of the fossil fuel-based energy sector through new investments such as shale gas and coal mining puts the effort of limiting staying below the 2°C threshold at risk. But just as importantly, they stress, it opens up the possibility of “stranded assets” — investments that are lost or devalued by changing policies, regulations and energy appetite. Last year’s drop in renewable energy prices, which plummeted below oil prices is one example of such a shift that was propelled by global markets.

Read the full article about how stranded assets put fossil fuel investors at risk by Jan Lee at TriplePundit.

Since you are interested in Clean Energy, have you read these selections from Giving Compass related to impact giving and Clean Energy?