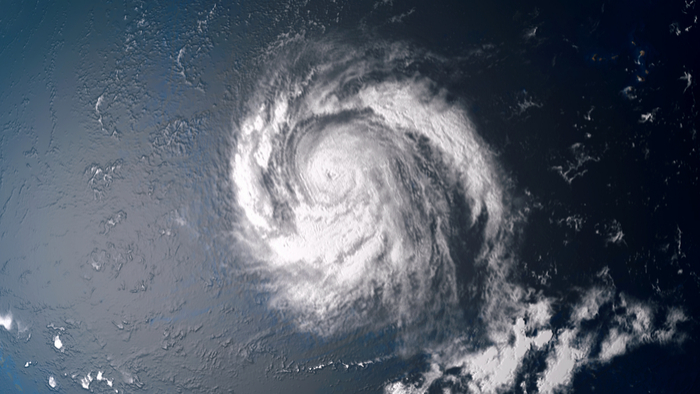 • Scientific studies are finding that the diameter of hurricane storm heading for US east coast will be 50 miles wider due to human-caused warming of planet.

• How can we take more preemptive measures to ensure the safety of communities?

• Here’s another example of how climate change is affecting hurricanes.

Hurricane Florence is set to bring 50% more rainfall to the US east coast due to human-induced climate change, according to a landmark forecast that has outlined the influence of warming temperatures upon the looming storm.

An attribution study by scientists ahead of Florence’s landfall, expected in North Carolina on Thursday, found that the storm will be about 50 miles (80km) larger in diameter than it would be if human activity had not warmed the planet.

“Dangerous climate change is here, it’s not a problem for future generations”

The hurricane is expected to bring about 50% more precipitation, delivering as much as 20in (51cm) of rainfall in coastal areas, due to climate change. The forecast was completed by researchers at Stony Brook University and Lawrence Berkeley National Laboratory.