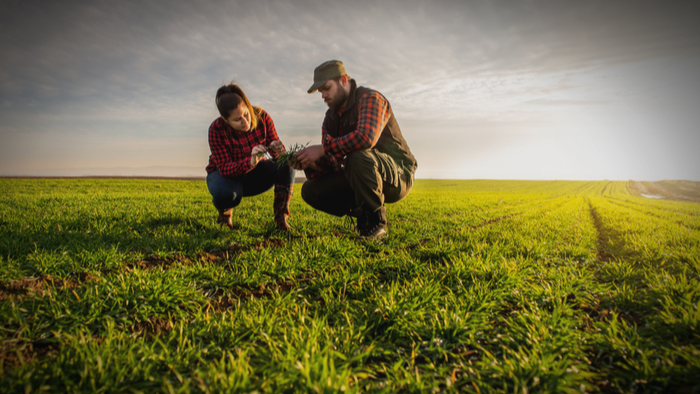 • Climate change-related flooding and wildfires are causing havoc for farmers around the US and create unique hurdles in front of young farmers looking to start their livelihood.

• Policymakers comment that securing a new generation of farmers is crucial for the continued sustainability of farming. However, with the various challenges ahead of them, it’s a daunting task to enter the farming industry.

• Read about some ways that farmers are addressing climate change.

With this season’s severe flooding, raging wildfires, and delayed planting, many of the country’s farmers are struggling to adjust as climate change sets in. Yet young and beginning farmers face unique challenges, farmers and advocates say, with tenuous finances, relatively small operations, and little government support to help them deal with the new, erratic normal.

There are about 340,000 farms in the United States — 17 percent of the total — whose operators have been farming for less than 10 years, according to the Department of Agriculture’s Agricultural Resource Management Survey. Two-thirds of these farmers say they are already experiencing climate change, a 2017 survey by the National Young Farmers Coalition found.

But several farm groups and policymakers, led by the Hudson, New York-based National Young Farmers Coalition, say that specific policies are needed for young farmers, especially as the average age of farmers, now 57.5, continues to rise and the threat of climate change grows. They say establishing and supporting a new generation of farmers is important not only to securing the future of farming, but also to ensuring that farming’s climate-mitigating potential is achieved.

“[Without a] next generation that’s on the land to take the helm from [more] experienced farmers, you’re not going to be able to continue [long-term] environmental benefits [of farming, like] carbon sequestration,” says Sanaz Arjomand, federal policy director at NYFC.

To fill this gap, NYFC is working with policymakers to get farmer-friendly climate change policy on the federal agenda. In September, the group also launched its first platform on climate change. Arjomand says that a growing coalition of farmer advocacy groups across the political spectrum is thinking together about how to equip young and beginning farmers to adapt to climate change.

Read the full article about young farmers and climate change by Leah Douglas at Grist.