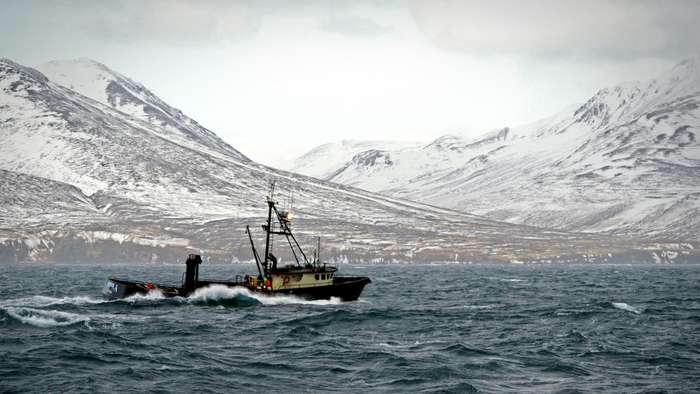 • How can funders be instrumental in helping the Arctic survive environmental transitions?

• Read more about how climate change is life in the Arctic.

When dead salmon wash ashore along the coast of the Bering Sea, the problem is much bigger than dead fish. It’s a sign of deeper trouble cascading through the Arctic’s ecosystems.

It’s been happening more and more the last few years—fish, dead or dying, rolling in with the tide, said Mellisa Johnson, executive director of the Bering Sea Elders Group. “The seals, they don’t want to eat those types of fish. They know they’re unhealthy for consumption. So then they don’t have enough fat reserves to last them.”

As the Arctic warms roughly twice as fast as the rest of the planet, the effects are reverberating far beyond any single species. Massive systems—from the sea ice and permafrost to the jet stream—are beginning to behave in unexpected ways.

The changes are impacting species, fishing industries and local communities, including the people who have long called Bering Sea communities home. Indigenous hunters are working harder than ever to find the food they have long relied on, and they’re sometimes making macabre discoveries: sea birds dying en masse, nets filled with fish that have rarely been seen in those areas.

These lost, dead and dying species are sending a message, loud and clear: the Bering Sea is sick, Johnson said.

Climate change is playing out across the Arctic in dramatic ways. The National Oceanic and Atmospheric Administration (NOAA) and its partners describe many of them in their annual Arctic Report Card, released Tuesday. Among the 2019 report’s findings:

The report walks through changes taking place across the region—how warming global temperatures lead to melting sea ice and decreased snow cover, which then contribute to further warming. How a warmer ocean is having myriad effects, like causing species to shift their ranges and making it harder for sea ice to form, as well as impacting weather at the mid-latitudes.

Read the full article about the consequences of Arctic warming by Sabrina Shankman at InsideClimate News.