Climate Justice Around the World 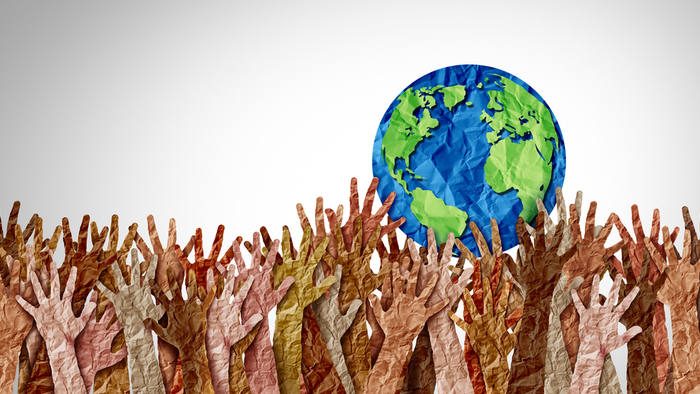 This article is part of our Climate Justice collection, which is designed to help donors learn more about the issue and take impactful action.

The richest half of the world accounts for more than 85% of CO2 emissions. But even within that 50%, there are huge differences. The top 10% of earners in the world accounts for just shy of half of the world’s CO2 emissions – and the top 1%  (i.e. earners with incomes over $109,000 USD) is responsible for two times the amount of emissions as the bottom 50%. Not per capita – total. In other words, a member of the wealthiest 1% has the same carbon footprint as one hundred and seven people in the bottom 50%.

But that’s only half the story. Who will be most affected by climate change?

Only time can give us a definitive answer, but a variety of analyses and predictive maps have come to similar conclusions: for the most part, it won’t be the 1%.

Moderate future projections suggest that sea-level rise will put 150-250 million peoples’ homes under the high tide line by 2050 – more than 70% of whom live in Asia. As global temperatures rise, water stress and drought vulnerability will increase – especially in Africa, the Middle East, India, and equatorial regions of the Americas. The United Nations High Commission for Refugees predicts that by 2050, the world will be home to more than 250 million climate migrants, primarily from lower-income countries in Africa and Asia. According to the World Health Organization, climate-related heat stress, malaria, malnutrition, and diarrhea are likely to cause an additional 250,000 deaths annually in countries with weak health infrastructure between 2030 and 2050.

The disparate impact of climate change is partially a result of geography: coastal areas and island nations are more likely to be affected by sea-level rise, ocean acidification, and extreme weather events, and the burden of heat stress and drought will be most significant in the regions of the world that are already warmest. However, geography alone does not account for the vulnerability gap between wealthier and poorer regions of the world. Nations with greater capital, more developed infrastructure, and higher levels of education are better equipped to finance and construct climate-resilient infrastructure that can reduce the damage wrought by climate change.

Thus, in many cases, the countries with the highest carbon footprints will also be best equipped to adapt to climate change, while nations that have consumed fewer resources are likely to be the least prepared for the impacts of warming. Those who contributed the least to climate change have been among the first to feel its consequences, and are likely to bear the greatest share of its burden.

Climate change is a symptom of global inequality, and as the world continues to warm, it will continue to exacerbate inequality. A just global response to climate change must seek to reduce emissions while investing in resilient infrastructure and planning in all climate-vulnerable areas of the world. Countries and communities that are responsible for the greatest share of emissions have the opportunity to make things right – but the world is running out of time.

Now is the moment to act. View the rest of the Climate Justice collection to learn more, and find out how you can help.