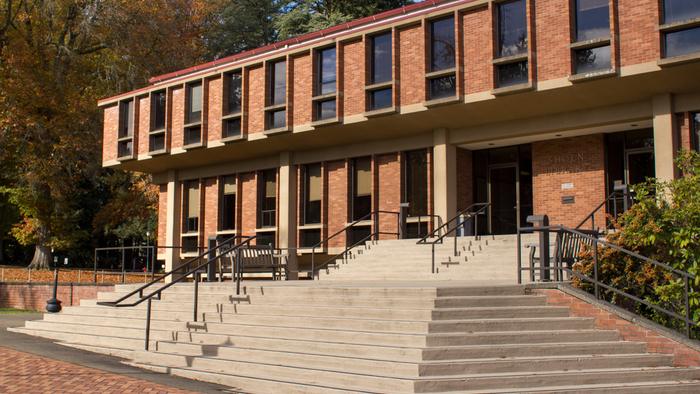 • Rick Seltzer at Inside Higher Ed uses the College of Saint Joseph to show how figuring out how to use a closed or closing college campus is a challenge, and it often falls on the same leaders who had to shut it down in the first place.

• What avenues can small colleges use to ensure their success? What is the role of the donor to support higher education?

The College of Saint Joseph’s campus totals over 118 acres in Rutland, Vt., more than 70 percent of which is undeveloped hemlock, pine, hardwood forest and wetlands.

Anyone inclined could run a short race — a 5-K — on a trail connecting the college’s main campus to its west branch. The main campus is made up of six buildings, while the site to the west has five, not counting ancillary structures.

The campus has recently been reimagined as a possible example of what’s called new ruralism, or a “holistic approach to invigorating rural America.” It could be home to educational programs, workforce development offerings and space for accelerator programs, offices, third-party programs, and those who want co-working or co-living space.

A reimagining is under way because the College of Saint Joseph shut down operations this spring after running afoul of its accreditor amid a string of financial struggles and enrollment difficulties. The college, small by any standard, had been seeking to enroll 235 full-time undergraduates. It managed just 152 undergraduates and 75 graduate students as of fall 2018, according to federal data measured months before Saint Joseph announced in March that it would shut its doors.

Read the full article about reopening a closed college campus by Rick Seltzer at Inside Higher Ed.

Higher Education is a complex topic, and others found these selections from the Impact Giving archive from Giving Compass to be good resources.