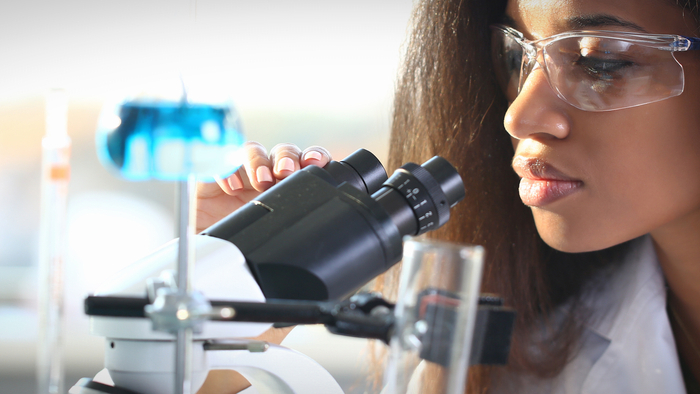 As a junior who is studying bioengineering, Amida Koroma has been a fixture on the dean’s list at the University of Maryland. Yet Koroma, who is Black, said she feels as if many of her white peers dismiss her as less capable.

“When we’re working on group projects, they’ll say things like, ‘You can do the typing,’ as opposed to getting into the nitty-gritty of how to build this robot,” she said.

Experiences like this are why advocates are raising alarm that the proportion of college graduates with degrees in science, math and engineering who are Black is falling, even as demand for workers in those fields grows at double the rate of other occupations.

Black enrollment in STEM fields — science, technology, engineering and math — is among the issues that urgently demand attention, said Cato Laurencin, CEO of the Connecticut Institute for Clinical and Translational Science. “We need to move from talking about the issue of Blacks in STEM and systemic racism to making concrete changes,” Laurencin said.

The proportion of bachelor’s degrees in science awarded to Black graduates remained flat at about 9 percent from 2001 to 2016, according to the most recent available figures from the National Science Foundation; in engineering, it declined from 5 percent to 4 percent; and in math, it dropped from 7 percent to 4 percent.

Their absence could have consequences that are not just economic. Workforce diversity ensures that products will work equally well for everyone, said Virginia Booth Womack, director of the Minority Engineering Program at Purdue.

If people of color aren’t involved in the development of facial recognition, for instance, the software may misidentify Black people, Womack said. Different experiences, perspectives and approaches lead to greater scientific innovation, growth and competitiveness, she said.

Read the full article about the exclusion of Black students in STEM by Melba Newsome at The Hechinger Report.