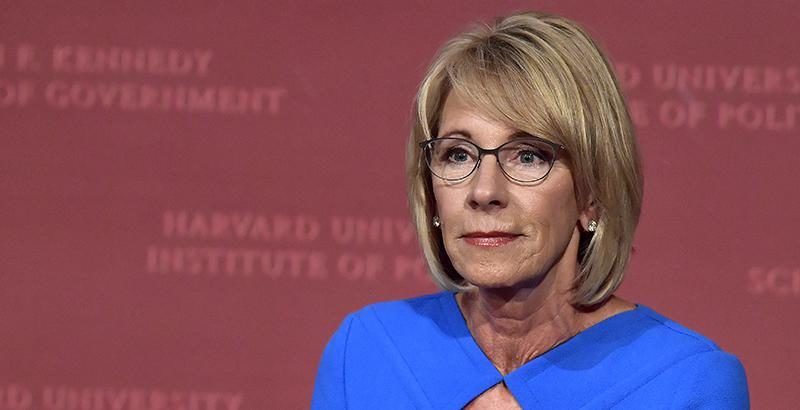 · The 74 reports on a recent meeting of the Federal Commission on School Safety and the discussion relating school violence to violent video games and the “24-hour news cycle.” L. Rowell Huesmann, a professor of psychology and communication studies at the University of Michigan, also suggests that youths will imitate whatever they’re exposed to.

· Read about the agenda of the national commission on school safety.

From violent video games to Twitter to the news, federal officials heard conflicting testimony on the effects entertainment could play in the prevalence of school violence — a conversation that was spawned by several mass school shootings this year.

The conversation took place in Washington during a meeting of the Federal Commission on School Safety, a group chaired by Education Secretary Betsy DeVos to explore the causes of, and potential solutions to, school violence. The White House created the commission after the deadly mass school shooting in February at Marjory Stoneman Douglas High School in Parkland, Florida. Conversation topics Thursday were wide-ranging, including the rise of cyberbullying and the “24-hour news cycle.” But the most heated debate centered on the always controversial question of the role violent video games play in promoting real violence — a conversation that frequently follows school shootings.

After noting the difficulty of identifying the root causes of violence and predicting future attacks, L. Rowell Huesmann, a professor of psychology and communication studies at the University of Michigan, said people’s behaviors can be influenced by observational learning. From infancy on, he said, humans imitate what they see.

Read the full article about school violence by Mark Keierleber at The 74.