Finding a Place Under the Big Tent 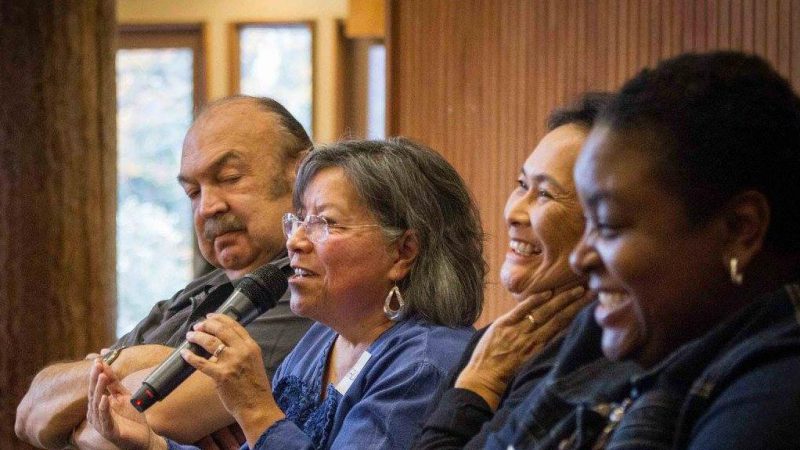 Each year, the Northwest Conservation Philanthropy Fellowship catalyzes 8-12 highly-committed philanthropists who have the leadership skills and resources to create measurable change. Over the course of three intensive months they delve into environmental issues, develop a theory of change for their philanthropy and commit to making a personal grant of $10,000 or more.

I describe it as a combination of self-directed seminar and support group,” Jane says.

Whether studying a specific issue area or campaign, or analyzing their own philanthropic approach, participants are guided in matching their work to their values. They’re pushed to consider if they see themselves as someone who would start a foundation or an effort, or someone who connects to groups already deep in the work.

“It’s all just an incredible opportunity to step back and take a look at ‘Where am I?’ and ‘Where do I want to be?’” Jane explains.

In the end, her first draft theory of change focused on carbon pricing in this state, as part of the western region, to influence policy development on carbon pricing nationwide. But even while her theory of change centered on policy — which she attributes to her background in law — she knew that the intersectionality between people and the environment could take her goal much further.

I started asking around about what work was happening on carbon pricing in the state of Washington,” Jane recalls. “I kept digging and digging and asking questions.”

She sat in meeting after meeting, until she ended up in front of OneAmerica Executive Director Rich Stolz. He had just returned from a meeting between several organizations from around the state that represented communities of color. The gathering was the start to building the first coalition of communities of color groups around climate justice, including the goal to advance carbon pricing.

It might be dramatic, but it was as if the clouds cleared and the sun shown. Jane found what she was searching for. Ultimately she sat down with Aiko Schaefer, who was coordinating the different organizations.

Basically I just said to Aiko, I’ll do whatever you want me to do,” Jane laughs. “If you want me to analyze policy options, put together a fundraiser, meet with somebody to ask them for money, or help polish a grant proposal. We joked that I’m sort of on-call.”

The group would later become the coalition of over 60 organizations, Front and Centered. And about a year after Jane met Aiko, members gathered from across Washington at the Daybreak Star Indian Cultural Center to discuss climate change and its impacts. It was the first statewide environmental justice meeting of its kind.