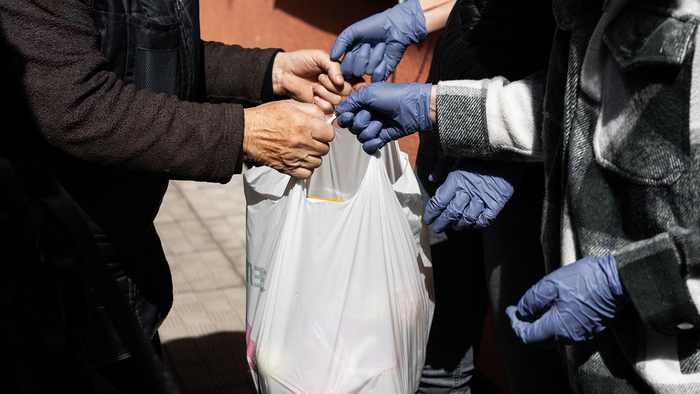 In February, Winter Storm Uri brought record low temperatures to Texas, creating a preventable disaster as the state’s electric grid failed. The power and water outages that affected millions of Texans exacerbated another crisis that the pandemic had already made worse: food access during and after the storm.

The Dallas Food Justice Coalition, a coalition of grassroots organizations that work to improve the local food system, stepped in and distributed food to over 97,000 residents. They also provided water for lower-income residents in older apartment complexes suffering extended water disruptions.

The coalition was able to respond quickly because the relief effort was a continuation of the crisis aid work they had been doing since the onset of the pandemic. The Covid-19 pandemic made accessing healthy food even more difficult for many residents who were already food insecure. In the face of this disenfranchisement,The coalition sprang into action, filling in the gaps as best they could. Pre-Uri, they were already providing produce to up to 10,000 individuals a month.

However, the coalition understood that the food distributions, as crucial as they were, would never solve the underlying problems that led tens of thousands of residents to rely on nonprofits just to get food on the table.

It was the pandemic that opened the space for these organizations to unite and realize each offered a different key to repairing the food system. They began to build a vision for how their network of community-based organizations could be a catalyst for transformational change. They sought to educate and empower community members to grow and consume healthy foods while preventing waste.

Read the full article about food deserts by Kevin Richardson at Shareable.

If you are looking for opportunities to learn and connect with others interested in the topic of Food and Nutrition, take a look at these events, galas, conferences and volunteering opportunities aggregated by Giving Compass.