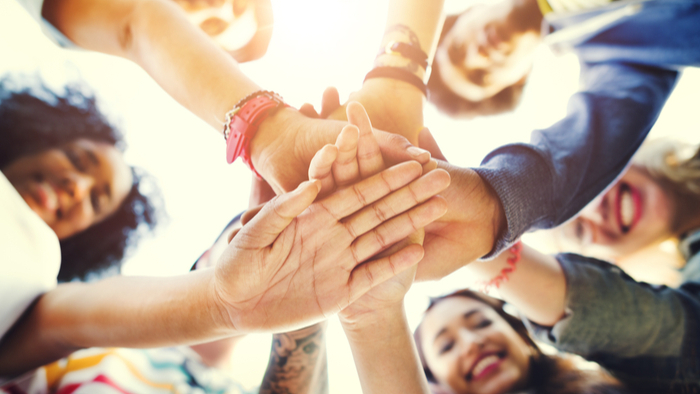 “The wealth transfer research brought the conversation into a public discourse that these funds are imminent, that the next generation is going to step into stewarding wealth for some people and for others, philanthropic resources,” said Sharna Goldseker, executive director of 21/64.

Goldseker, a next-gen donor, embarked on a journey to determine what her philanthropic identity would be and the role she wanted to play. Along the way, she met others in a similar place. Up-and-coming donors grappled with their responsibility, the possibilities before them and the success of those who came before them. 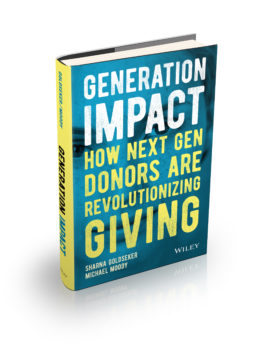 After a decade, Goldseker decided it was time to elevate the voices of her peers. In 2017, Goldseker published “Generation Impact: How Next Gen Donors Are Revolutionizing Giving” with co-author Michael Moody. It features first-hand accounts from a baker’s dozen of next-gen donors from a variety of backgrounds, including Code.org.’s Hadi Partovi, The ImPact’s Justin Rockefeller and Victoria Rogers of Creative Time.

Giving Compass spoke with Goldseker about the next generation’s approach to giving, how entrepreneurship has led to earned wealth earlier in life and her role in helping donors clarify their philanthropic identity. Here are edited excerpts from the conversation.

Q: Are there large differences between next-gen donors with inherited wealth versus earned wealth?

A: We met lots of earners who are [new wealth] and certainly those journeys look different than people who are inheriting from previous generations. Their entrepreneurial endeavors perhaps make them seem like the elders of the inheritors. However, their desire to clarify their philanthropic identity and strategy and impact is what makes them similar to the next generation who are inheriting. They’re saying, “Maybe I’m an immigrant to wealth and philanthropy but that makes me all the more want to figure out what this means and what I value and where I can make a difference in the larger philanthropic landscape.”

Q: Is there a difference between east coast and west coast philanthropy?

A: There’s less of a history or tradition of philanthropy [on the west coast] and so in some ways, it takes a little bit more to engage the next generation because there isn’t the same momentum over the generations. On the other hand, they felt like there were less sacred cows to be honored and repeated, so maybe more opportunity for innovation.

Q: Did anything change over the course of your research?

A: We did interviews with 75 20- and 30-somethings over the years and … many of them are in stages of stepping into their philanthropic responsibility. Seven years later, we found a number of them stepped into the role of board member, chair of the board, started their own fund, set up their own scholarship program. I noticed a number of people we interviewed who are anonymous in the book … are now becoming faces of next generation philanthropy in a more public way.

Q: How are previous generations engaging the next generation?

A: At 21/64 we mostly receive calls from families who are interested in engaging their next generation, out of love, out of legacy, out of a set of values that they want to pass down. This motivation to engage the next generation is pretty palpable. For some families that goes very smoothly and for others that is more challenging given that generational personalities are different. We spend a lot of time [asking], “How can we help you build awareness and empathy for the other generational cohorts?”

Q: Has this research affected your personal giving?

A: I try to walk my talk. Each year, for example, I bring home my tools, my motivational values cards — and with my husband, we look at the deck anew and think about the values that are priorities for us. Then we have a conversation about our personal giving for the year. How are our values aligned with our giving?