Hawaiian Fishpond Restoration Looks to the Past to Feed the Future 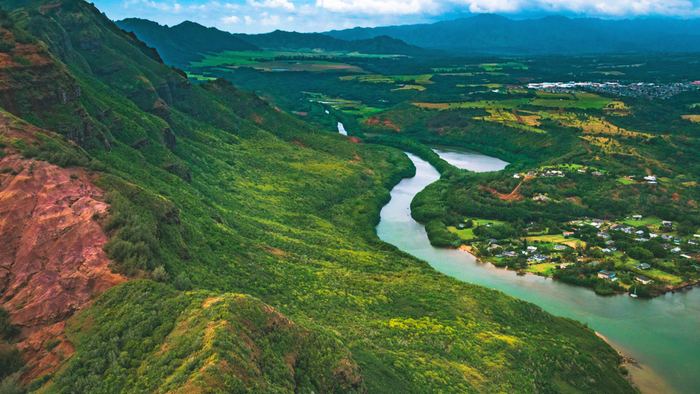 • Food Tank highlights a nonprofit that is working to rebuild and preserve the traditional structure of fishponds in the Hawaiian Islands, and, by using ancient foodways of the past, these fish could feed be a major source of food.

• How can this potentially successful method be propagated around the world?

• Read this article on the future of seafood.

Just north of Honolulu, Hawaii, an unmarked driveway between opulent houses opens into a grassy field and an 88-acre fishpond, penned in by 800-year-old stone walls. A school group finishing a tour turns to face the water and sing in unison. Even without understanding the Hawaiian-language lyrics, the message is clear: they are thanking the pond.

“Every time they do it, it touches us,” says Keli’i Kotubetey, the Associate Executive Director and co-founder of Paepae o He’eia, the non-profit operating the fishpond. The organization uses the ancient knowledge of aquaculture to solve a modern problem: growing enough food to feed the island of Oahu in a sustainable, ecological way.

He’eia is the second largest of about 40 fishponds in the Hawaiian Islands. It is one of ten ponds left in Oahu where hundreds used to exist and has the longest retaining wall—more than a mile. The non-profit has worked to rebuild and preserve the traditional ponds since 2001, looking at ancient foodways that could, if permitted and desired, feed the entire island in a state that currently imports 90 percent of its food from the mainland.

Read the full article on fishpond restoration by Naomi Tomky at Food Tank.