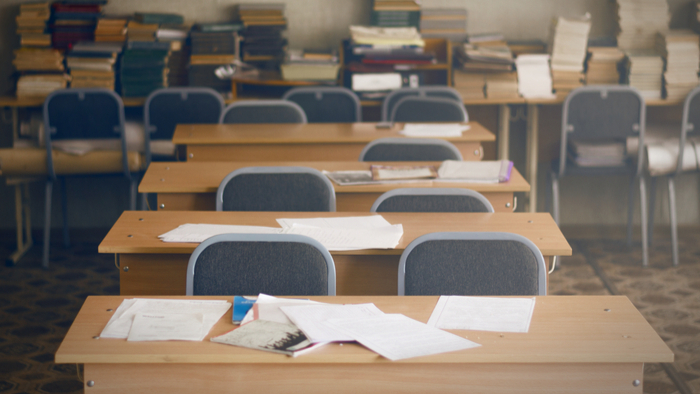 • Amelia Harper reports that research has linked to higher temperatures with poorer PSAT scores, raising concerns about the impacts of climate change on education outcomes.

As warmer temperatures roll in with the spring testing season, attention is returning to recent research on heat’s impact on learning — especially given the number of schools nationwide with no air conditioning. Largely located in areas that traditionally didn’t see high temperatures during the school year, the last few years have increasingly seen record high heat sometimes lead to school closures.

Education Week reports that — according to a National Bureau of Economic Research working paper discussed in a panel at the Society for Research on Educational Effectiveness’ Spring 2019 conference — more than a decade of PSAT scores from over 10 million high school students show scores fell 1% for every degree higher the school’s temperature rose over the previous year’s average. The paper’s authors are researchers from the College Board, Georgia State University, Harvard University and the University of California, Los Angeles.

The higher temperature effect was also three to four times greater for black and Hispanic students than for white students, and also greater for low-income students than for their more affluent peers, largely due to these students being more likely to attend a school with little or no air-conditioning. Researchers noted these differences could account for 13% of the PSAT achievement gap between these groups.

According to Ed Week, study co-author Jonathan Smith, an assistant economics professor at Georgia State University, noted this month at the conference that a five-degree rise in the average school temperature over time is associated with $1,000 less in adult income for each student.

While snow days can impact school attendance and schedules, heat waves can have the same impact on schools without air conditioning. At the beginning of the 2018-19 school year, schools across the country — in areas like Philadelphia, Youngstown, Ohio, and others — had to shorten class days to deal with the heat. Some school districts have established set policies to curtail the length of school days when temperatures reach a certain point.

Read the full article about higher temperatures by Amelia Harper at Education Dive.