How a 12-Year-Old Worked to Stop Child Labor 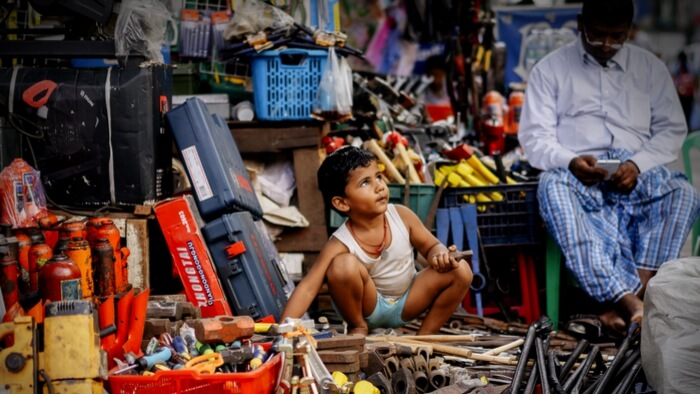 • Craig Kielburger is the founder of Free the Children, a movement to stop the process of child labor around the world. Kielburger’s story starts when he found out about Iqbal Masih, a four year old boy in Pakistan working in a carpet factory.

• Kielburger encourages more young people to get involved in activism just like he did. Is there more opportunity now with social media and youth-led movements for young people to start creating real social change?

• Read about the child labor laws in the U.S. that do not protect children.

Iqbal Masih was sold to a Pakistani carpet factory when he was four years old as collateral on a loan his parents had taken out to pay for their eldest son’s wedding. For six years, Iqbal worked 12 hour days, six days a week, tying the tiny knots that make up the expensive Pakistani carpets coveted by tourists.

Seven thousand miles from Pakistan, however, another 12 year-old boy committed Iqbal’s story to memory, an act that marked the birth of a youth-driven movement against child labor that would span 20 countries.

Craig Kielburger was searching through a Toronto newspaper for the comics when a photo of Iqbal caught his eye. He read Iqbal’s story and held it up as a mirror to his own life in Canada — going to school, hanging out with friends, running with the cross country team. What he saw reflected back at him were profound differences between the two.

With the dawning realization that slavery was still very much in existence, Craig Kielburger photocopied the article on Iqbal Masih and gathered statistics on child labor at the local library. With all the idealism and zeal of youth, he spoke to his class about what he had learned, and his crusade against child labor had begun.

The Kielburger home eventually became the world headquarters for Free the Children (FTC), a nonprofit organization that works to abolish child labor practices worldwide. Today, over 100,000 children in 27 countries — including Canada, the US, Mexico, India, Brazil, Ghana, and Pakistan — have been involved in FTC activities, and the organization receives thousands of letters each week from children who want to get involved.

Read the full article on child labor from Prodios at Medium.