How Advocates of Reproductive Justice Stepped Into the Spotlight 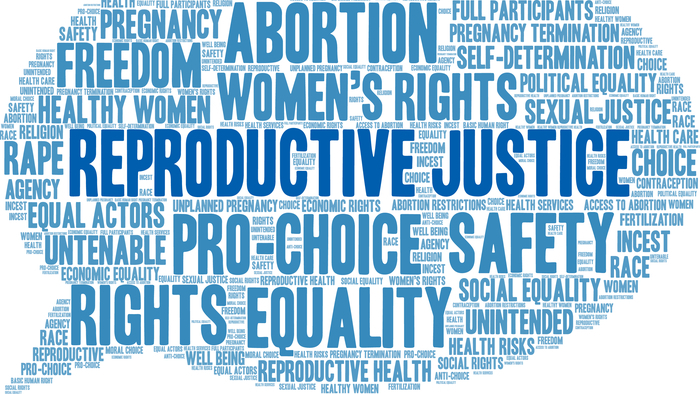 • Time Magazine reports on the SisterSong Women of Color Reproductive Justice Collective, who believe that reproductive justice, unlike the more mainstream phrasing ‘reproductive rights,’ goes beyond contraception, abortion access and the idea of being “pro-choice.”

• What is the state of reproductive health and rights where you work?

The hotel ballroom is packed when the spoken-word poet Staceyann Chin takes the stage on a Saturday morning in late October. At least 1,100 mostly women and nonbinary people of color have filled the vast space in the Hyatt Regency in Atlanta in anticipation of her performance and of Stacey Abrams’ keynote address, which will come next.

Chin’s first poem is a polemic against President Donald Trump, which elicits yells of support along with sharp laughs and applause. But the second performance, called “Tsunami Rising,” is when the audience explodes. In a monologue describing how black women have been brutalized, beaten down and discarded since before the founding of America, Chin expresses both the rage she feels at being ignored and the adoration she has for her fellow women of color. “If you are itching to light a f-cking bonfire in the house of the white patriarchy, come stand with black women,” she says.

Many in the room are on now on their feet, tears streaming down their cheeks. When Abrams, who lost the Georgia gubernatorial race in 2018 but has since launched voting-rights and census-participation campaigns, steps up to the podium, she urges attendees to turn their pain into action. “My campaign began with the notion that you could center communities of color and you could speak to the marginalized and the disadvantaged,” she says. “More importantly, you could hand them the microphone.” By the end of her talk, the room is on its feet again. Everyone must help ensure that “justice becomes a verb in the United States,” she says.

Read the full article about reproductive justice by Abigail Abrams at Time Magazine.

Learning and benchmarking are key steps towards becoming an impact giver. If you are interested in giving with impact on Funding take a look at these selections from Giving Compass.

If you are interested in Funding, please see these relevant Issue Funds, Charitable Organizations or Projects where you can get involved.