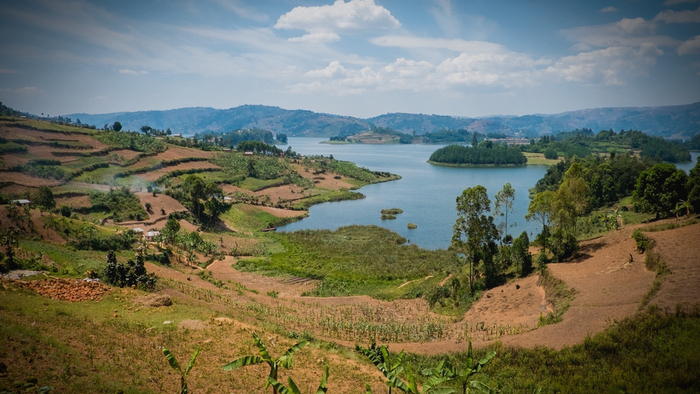 • BirdLife International was able to leverage the harmful effects of climate change (i..e excessive rainfall) by identifying Climate Resilient Altitudinal Gradients (landscapes that are especially vulnerable to climate change), and through proper maintenance and climate-smart conservation practices, offset the impacts.

• Read why no ecosystem on Earth is safe from climate change.

Beyond being our Great Lakes counterpart, this region of East and Central Africa has been a focal geography of MacArthur’s Conservation and Sustainable Development program—part of our freshwater conservation strategy, along with the tropical Andes of South America and the greater Mekong basin in Southeast Asia. The Great Lakes Region of East and Central Africa is one of the most important yet ecologically threatened regions on the continent: a quarter of the planet’s freshwater supply is found in Lakes Malawi, Tanganyika, and Victoria alone, and together the lakes hold 10 percent of global fish species.

The Lake Kivu and Rusizi River catchment, where Rwanda, Burundi, and the Democratic Republic of Congo meet, faces all these issues in addition to high elevation. This dramatic landscape, characterized by rugged mountains and steep slopes, in tandem with climate change-induced extreme weather events, is prone to severe soil erosion, flooding, and landslides. This further reduces food and energy security for local communities and increases pressures on high-biodiversity ecosystems that are home to species like the endemic L’Hoest monkey or the colorfully crowned Ross’s turaco.

BirdLife International, with support from MacArthur, undertook a risk assessment in order to better understand the ways in which climate change would impact its work in the Lake Kivu-Rusizi River area. With climate adaptation top of mind, BirdLife developed a concept formally titled Climate Resilient Altitudinal Gradients, or CRAGs. Altitudinal gradients—landscapes with at least 1,000 meters of altitude change—are especially vulnerable to extreme climatic events, such as heavy rains, which are predicted to be more frequent in the future.

The idea behind CRAGs is to help reduce harm and enhance beneficial impacts of climate change. For example, if altitudinal gradients are properly maintained through careful watershed management and smart agricultural practices, excess rains can be used to offset water shortages during droughts and reduce soil erosion—and the subsequent loss of soil fertility.