How Colleges Can Help Their Students Out-Compete Robots 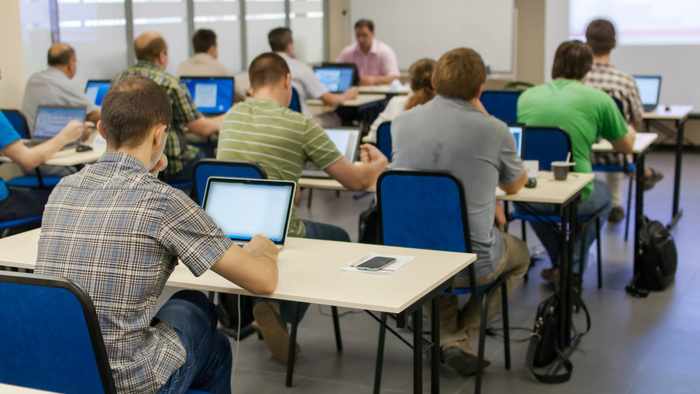 • Educators are teaching students what humans can do that machines cannot through skills in the humanities. By giving young people this robot-proof mix of skills, they have a higher chance of succeeding in the workforce.

• How can employers that use high-tech in their services adjust in order to provide more jobs for graduating classes?

• Here’s an article on the importance of teaching students blue-collar skills.

There’s a lot of anxiety out there about robots gobbling up our jobs. One oft-cited Oxford University study predicts that up to 47 percent of U.S. jobs are vulnerable to automation. Other research suggests the share is much lower — but while the exact numbers may be debated, there’s little question that technology is changing quickly and reconfiguring the tasks many of us do.

As the labor market demands different and evolving skills, what does that mean for higher education? Is a four-year degree still the best way to obtain a well-paying job? And what subjects and experiences do students need exposure to while they’re in college?

Joseph Aoun, president of Northeastern University, has written the book on this question. It’s called “Robot Proof: Higher Education in the Age of Artificial Intelligence.”

Read the full article about helping colleges out-compete robots by Caroline Preston at The Hechinger Report.