How Communities Are Protecting Victims of Domestic Abuse During COVID-19 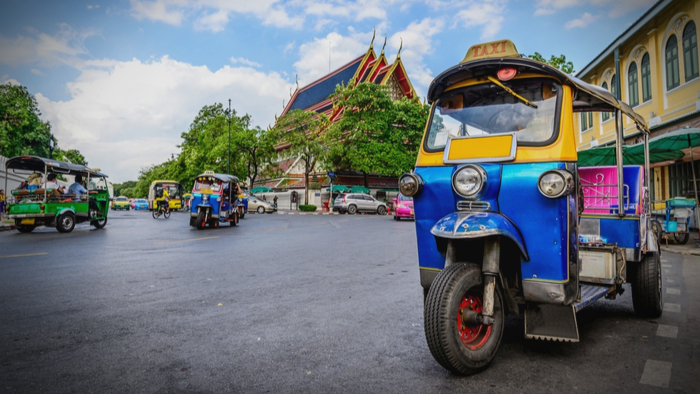 • Talat Jahan became a tuk-tuk driver to provide legal, financial, social, and psychological support to women in Bhopal who may be victims of domestic abuse and are stuck during the COVID-19 lockdown.

• There has been an uptick in domestic violence around the world since the beginning of COVID-19. How can donors help tackle this issue on a global scale?

As the coronavirus kept virtually everyone at home, Talat Jahan was busily crisscrossing the slums in her black-and-yellow rickshaw – on a lockdown mission to help women suffering abuse and hunger in her central Indian city.

Jahan, 29, a domestic abuse survivor, and about a dozen other women who recently trained to become Bhopal’s first female rickshaw drivers, ferried food and other essentials to hard-hit city families during India’s months-long lockdown.

But often, Jahan said, she and her fellow volunteers from the Gauravi one-stop crisis centre were simply a sympathetic ear for women cooped up with their abusers during the Covid-19 lockdown, which led to a spike in domestic violence worldwide.

“Some women who were stuck at home with their abusive husbands, they would come and seek me out and tell me about their troubles,” said Jahan, who suffered violence and demands for a dowry from her in-laws.

Bhopal’s charity-run Gauravi was the first such centre set up after the gang rape and murder of a woman on board a Delhi bus in 2012, a crime that sparked global outrage over women’s treatment and led to tougher anti-rape laws in India.

It also helped Jahan and the other women rickshaw drivers – many of whom are survivors of domestic violence – find a new profession, as well as a way to assist other women in need.

Coronavirus is a complex topic, and others found these selections from the Impact Giving archive from Giving Compass to be good resources.