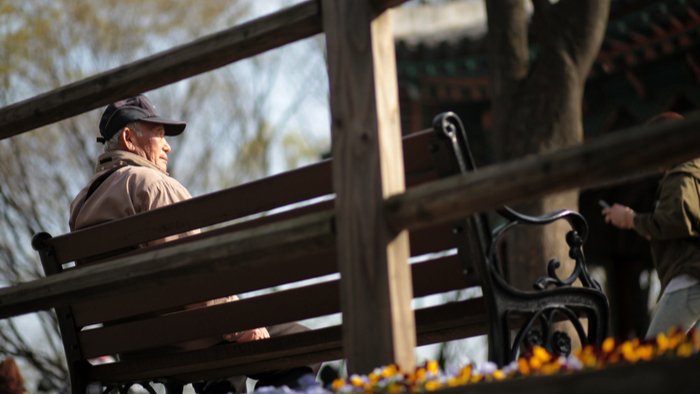 The number of retired people in their late 50s and early 60s is growing fast in South Korea. In 2010, 24 percent, or 1.7 million people between the ages of 58 and 66 retired, compared to 33 percent, or 2.4 million people, in 2019. But while early retirement may seem enviable to some, it presents a big problem for others: Retirement for South Koreans in this age group is rarely voluntary, and many are not financially prepared to leave their jobs. In fact, almost 60 percent of retirees hope for reemployment after leaving their former workplace due to economic concerns.

Unfortunately, only a fraction of all retirees aged 55-64—about 26 percent—succeed in reemployment, and those who do find new jobs tend to work in low-paying ones. About 80 percent of people who succeeded in finding new work in 2018 engaged in labor jobs such as janitorial, caretaking, and building security services, and, as of 2018, their average monthly wage ranged between $1,000 and $1,600—significantly lower than the median income.

This situation often leads directly to poverty. People usually start receiving a pension at age 60, but the average retirement age in South Korea is 49. According to a 2019 survey, 76 percent of the early retirement was nonvoluntary and 41 percent of early retirees said they were not prepared. Many people therefore face a decade without sufficient income, forcing them to use up all their savings and assets even before reaching old age. Indeed, South Korea’s elderly population has the highest poverty rate among the Organization for Economic Cooperation and Development (OECD) member countries.

It also means that valuable professional knowledge and experience accumulated by this group—which could particularly benefit small- and medium-sized enterprises (SMEs)—gets wasted. Despite the fact that many senior people desire to continue working and that many businesses are willing to employ them, an inefficient labor market with information asymmetry prevents them from contributing to businesses, and from receiving the financial and psychological rewards that come with it.

An employment system that effectively matches capable, middle-aged workers with businesses that need their expertise is essential to solving these issues. Yet past efforts to create a working system have failed to effectively coordinate the array of organizations necessary for their success. Consider: While the government can identify middle-aged people seeking reemployment, it does not have the skill or capacity to develop and operate job-training programs. It therefore needs the support of nonprofit organizations and social enterprises that specialize in operating reemployment training programs.

East Asia and Southeast Asia is a complex topic, and others found these selections from the Impact Giving archive from Giving Compass to be good resources.

In addition to learning and connecting with others, taking action is a key step towards becoming an impact giver. If you are interested in giving with impact for Aging/Eldercare take a look at these Giving Funds, Charitable Organizations or Projects.