How Has California’s War on Air Pollution Impacted Asthma Rates? 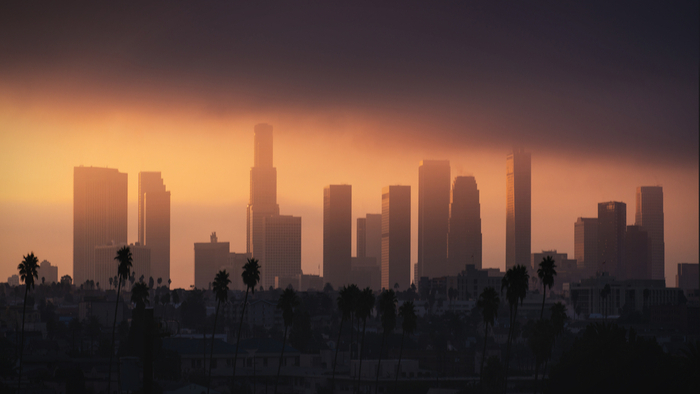 • How can this success be built upon and replicated?

• Learn why air pollution is bad for education.

Los Angeles used to have some of the worst air quality in not just the country, but the world. One smog event in 1943 was so thick and toxic that Californians worried it was a chemical attack. By the 1980s, residents in the region were still dealing with well over 200 days of unhealthy air per year, per the Environmental Protection Agency’s standards. The air is much cleaner today, after regulators cracked down on emissions from industrial plants and vehicles, and residents are much healthier for it: A new study finds that the rate of childhood asthma would have been nearly 20 percent higher had pollution levels not declined between 1993 and 2006.

Asthma is the No. 1 chronic disease in children throughout the world; one in 12 American children have asthma, according to the Centers for Disease Control and Prevention, and around one in 10 do in Los Angeles County. Researchers have known for some time that there is a strong relationship between exposure to air pollution and respiratory illnesses such as asthma. As far back as 1956, L.A. doctors were diagnosing patients with a suite of symptoms including irritated eyes, respiratory inflammation, chest pains, cough, nausea, and headache with the “smog complex.” In the 1980s, autopsies of some 1,100 young Californians who died in accidents revealed that more than a quarter had severely damaged lungs. But it’s harder to quantify the benefits of reducing pollution.

In the new paper, published Monday in Proceedings of the National Academy of Sciences, researchers at the University of Southern California used data from the Children’s Health Study, one of the largest and longest-running studies of the effects of air pollution on childhood development. The CHS began tracking children’s health in the Los Angeles Basin in 1992, and since then researchers have found that, among other things, children living near busy roads or who play multiple outdoor sports have an increased risk of asthma. As air quality has improved over the last two decades, children’s lung function has improved in tandem and the asthma incident rate has declined, which researchers linked with concurrent declines in nitrogen dioxide and particulate matter pollution—both common and harmful byproducts of burning fossil fuels.

Read the full article about California’s war on air pollution by Kate Wheeling at Pacific Standard.