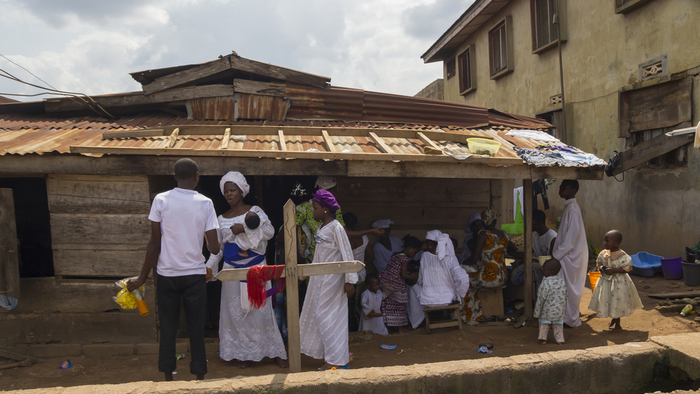 • In Sierra Leone, nearly 40% of girls are married before age 18. What other organizations are working in this area? How can donors make an impact on this issue?

• Here’s an article on ending child marriage through improved data.

When Marion was 7 years old, she came home one day to a crowded apartment — it was filled with relatives, an imam, and a security guard. One of her aunts sat her down and presented her with a proposition.

“Marion, this man has come who has lots of money. He knows you don’t attend school and he has come to marry you. If you accept, he will buy you clothes and take you to school,” she was told.

Marion wasn’t sold on the idea.

“I want to go to school, but I don’t want to be married now,” she said to her aunt.

Several other adults tried convincing her to change her mind, but Marion did not change her position and was not forced to marry the man.

Under different circumstances, Marion would have been one of the estimated 40% of children in Sierra Leone who are married under the age of 18. According to UNICEF, the country ranks as the 18th country in the world with the highest prevalence of child marriage.

Child marriage is a complex issue not only bound by the law, but also religious, traditional, and social norms — and simply rejecting it outright is often not enough. Although Marion refused to marry, she was repeatedly sexually assaulted and physically abused by the man whose marriage proposition she rejected.