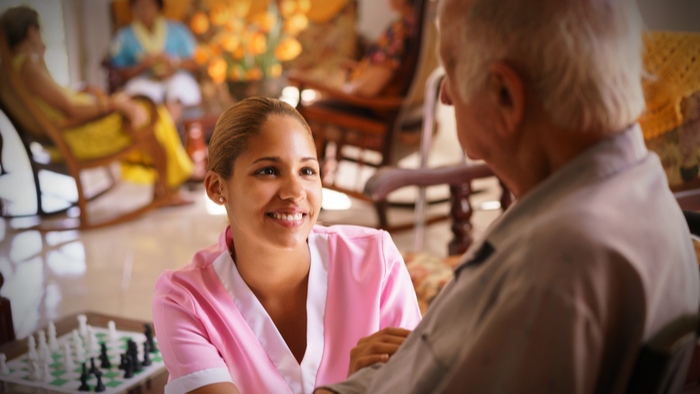 • According to TIME, Trump’s immigration policies could result in thousands of Latin American immigrants leaving the country by 2019, leaving a labor gap for those who work with the elderly.

• With an economy already strained to care for an aging population, it’s worth examining how immigration policy will affect the healthcare industry in this regard, something that is not often addressed in political debates.

• Learn the key facts about US immigration policies and proposed changes.

When Norma was recently injured in a car accident, she had to take time off from her job caring for a 93-year-old woman in California’s San Fernando Valley. While she was away, her client fell down and ended up hospitalized.

It’s the kind of danger that the elderly face without home care, something that has Norma concerned about her absence. “I think of it as if I’m caring for my own grandmother or mother,” she says.

But Norma worries that even after she is able to return to work, she won’t be able to stay on the job for long for a very different reason: her immigration status. Norma, who asked that her last name not be used in this story, grew up in El Salvador, but received temporary permission to live in the United States in 2001 after a series of earthquakes rocked her home country.

In January, the Trump Administration announced it would end temporary protected status, or TPS, for some 200,000 Salvadorans, giving them a deadline of Sept. 9, 2019, to leave the country.

TPS is also ending for immigrants from countries such as Haiti, Honduras and Nicaragua, many of whom hold similar service industry jobs as Norma. As aging Baby Boomers increase the demand for direct care workers, this profession has found itself at the center of the nation’s debate over immigration. The long-term care industry is already facing a worker shortage, and if tens of thousands of immigrants are forced to leave the United States, the country’s growing elderly population, as well as those with disabilities and long term illnesses, could be left without care.

Read the full article about Trump’s immigration policies and elder care by Abigail Abrams at TIME.