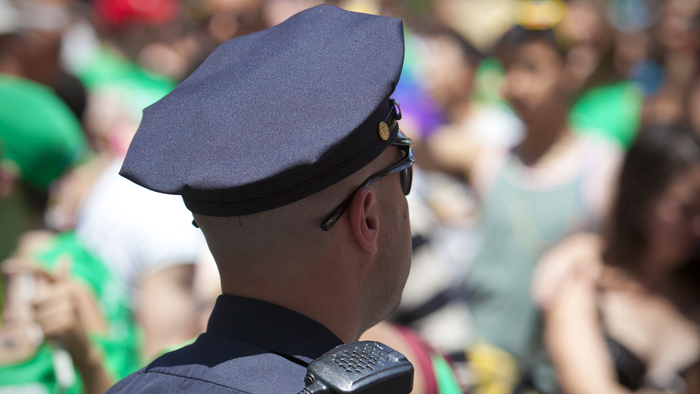 • Why is it imperative we incorporate LGBTQ voices in criminal justice reform? What can you do to raise awareness among privileged groups towards the existence of police discrimination against the LGBTQ community?

LGBTQ history does not include protection by and good relations with law enforcement. As recently as 2003, LGBTQ people in the US could be jailed simply for acting on their identities.

The racially divided criminalization of sex work also affects how LGBTQ people are policed. The 2015 US Transgender Survey found Black transgender people were 50 percent more likely to report that their interactions with police suspecting them of sex work led to an arrest than non-Black respondents.

Law enforcement as it exists today does not make LGBTQ people feel safer. And during a global pandemic already disproportionately affecting LGBTQ people, law enforcement’s ability to carry out violence is particularly worrying. Police are often forgoing protective facial coverings at protests and using chemical weapons that irritate the respiratory system. Considering the history of LGBTQ criminalization, the disproportionate rates of carceral victimization, and the LGBTQ liberation movement’s roots in the fight against police brutality, calls for “no cops at pride” are contextualized in evidence.

As policymakers and researchers reconsider the future of policing in the US, they can turn to the voices of LGBTQ people who have been directly affected by police and carceral violence to guide conversations and address continued LGBTQ marginalization through criminal justice mechanisms.

Read the full article about discrimination against LGBTQ people by Melanie Langness and Gabriella Velasco at Urban Institute.