Inside the World Bank’s Gamble on Digital Economies In Africa 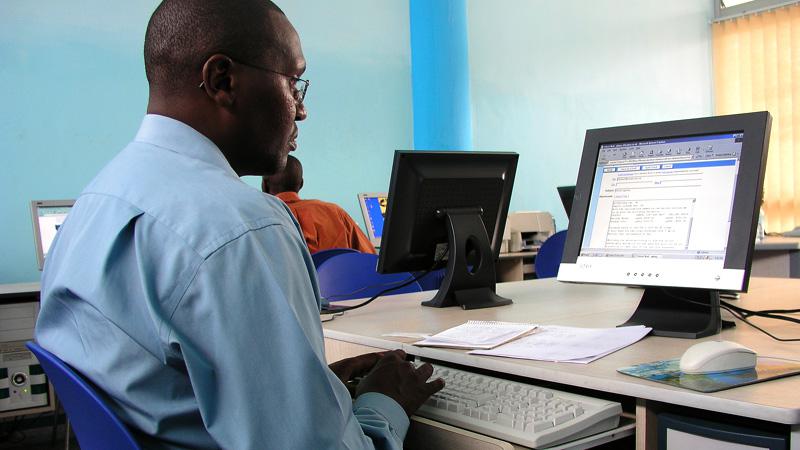 • Devex reports on the efforts by the World Bank (and other major funders) to bring Africa further into the digital economy by expanding internet access, improving government platforms and supporting more tech startups.

• How can NGOs help with this effort? Many orgs who are already involved in development may find ways to partner with local stakeholders, especially when it comes to the growing mobile and fintech fields.

• Here’s how we can also finance Africa’s green energy revolution.

As the proliferation of technologies risks leaving Africa further behind, the World Bank is betting on “digital economies” as a way for the continent to leapfrog over old development pathways. But as the world grapples with the potential consequences of rapid technological change, even insiders say the strategy is a gamble.

Launched by the World Bank and International Finance Corporation last month, the new strategy seeks to help African governments follow in the footsteps of countries such as India and China, by capitalizing on the billions of online interactions that take place every day.

While investment in the area has historically been weak, a Devex analysis found that as of March 2018, approximately $2 billion worth of projects awaiting approval in the World Bank’s pipeline could fall into the category of Africa’s digital economy, including projects focused on public policy, service delivery, and skills development.

Discussions are already underway with a number of African governments — and pilot projects are set to be announced at the World Bank meetings in October.

“Fundamental change is taking place in virtually every industry … [and] supply chains are being disrupted,” Atul Mehta, director at IFC, told Devex.

Read the full article about the World Bank’s gamble on digital economies in Africa by Sophie Edwards at Devex International Development.