Kids Enrolled in CHIP and Medicaid Down in 2018 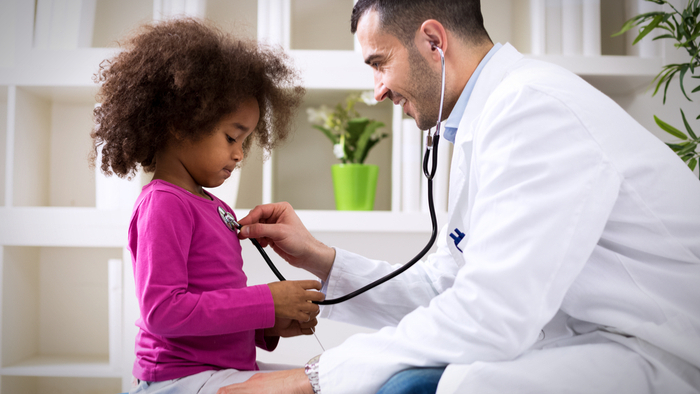 • Michael Ollove reports that the number of kids enrolled in Medicaid and the Children’s Health Insurance Program fell by nearly 600,000 in 2018, sparking debate over the reason for the decline.

• How can funders help to clarify the reason for the decline?

• Learn how Medicaid and the CHIP could be leveraged to improve early childhood.

The number of kids enrolled in Medicaid and the Children’s Health Insurance Program (CHIP) — two government health plans for the poor — fell by nearly 600,000 in the first 11 months of 2018, a precipitous drop that has puzzled and alarmed many health policy analysts, while several states say it reflects the good news of an improving economy.

Enrollment in the two programs decreased by 599,000 children in the 48 states from which the U.S. Centers for Medicare and Medicaid Services (CMS) has data from December 2017 to November 2018, the last month for which numbers are available. At the beginning of that period, Medicaid and CHIP enrolled nearly 36 million children in those states.

“I’m sure Idaho’s strong economy is playing a role,” enabling families to leave public health programs, said Niki Forbing-Orr, spokeswoman for the Idaho Department of Health and Welfare, in an email to Stateline. She also cited other factors, such as the department not being able to reach beneficiaries to alert them it was time to re-enroll. Some, she said, may have simply moved out of state.

In total numbers, Texas rolls tumbled the most — by more than 134,000 kids — followed by California with almost 130,000. Both states ascribed declining enrollment to strong economic growth. Texas also said that enrollment numbers the previous year, in 2017, had been particularly high because of extra steps the state took in the wake of Hurricane Harvey to ensure Medicaid and CHIP beneficiaries were re-enrolled. The larger numbers that year contributed to the big drop in 2018, Texas officials said.

That kind of large drop in child enrollment is unusual in the history of Medicaid and CHIP.

Read the full article about kids enrolled in CHIP and Medicaid by Michael Ollove at The Pew Charitable Trusts.