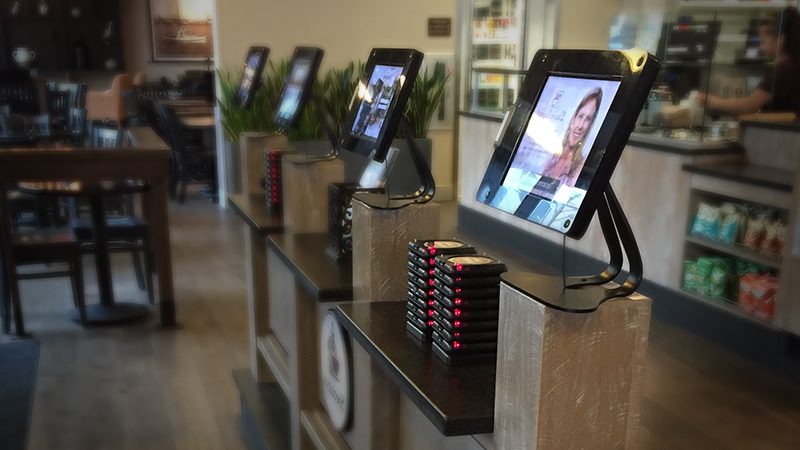 To borrow a phrase, these are the best of times, and they are the worst of times. If you’re a technologist, the future has never looked brighter; whereas if a computer can do your job, there’s a lot of darkness out there. Based on current trends, 5 million U.S. low-wage service jobs will be replaced by technology by 2020, while robots and artificial intelligence will replace one of every five jobs over the next 15 years.

Few if any of us are aware of the ticking time-bomb that is the service sector tipping toward permanent joblessness. This is a problem that’s four times the order of magnitude of the loss of manufacturing and white-collar jobs.

Look around major airports. Look at parking garages, at fast-food and coffee chains. Look at hotel front desks. Attendants, cashiers, and desk clerks are going the way of the pay phone. A permanent percentage of these jobs are becoming automated. Where are all these laid off workers going to find work?

The forecast is daunting. By 2020 we will lose some seven million jobs—five million routine white-collar, administrative office roles; and two million manufacturing, production, and construction positions, according to “The Future of Jobs” by The World Economic Forum. At the same time, we will also gain two million computer, mathematics, architecture, and engineering jobs.

But here’s the rub: A critical mass of the population works in the low-wage service sector. They don’t have the skills to perform new jobs created by the forces that are making their current jobs obsolete.

It’s a problem of speed, can we train them fast enough?

The average parking lot attendant and most coffee shop cashiers don’t qualify. The pace of change, accelerated more and more by technology, is outstripping our systems for retraining displaced workers. The numbers are scary. Today in the U.S. alone, 6 of every ten jobs in the finance sector are at a high risk of being replaced by robots thanks to mobile technologies and changes in payment behaviors. Furthermore, nine million low-wage, hourly workers are cashiers, customer service reps, and fast-food preparers and servers. Their lack of contemporary skills could create a step-function in the rise of unemployment.

Sure, we’ve seen labor displacement in manufacturing, where the number of global industrial robots has grown 72 percent in the past ten years, and the number of U.S. manufacturing jobs has fallen 16 percent. The projected net job losses in the manufacturing and white-collar sectors is a problem. But we must also take a deeper look at the hourly service area which contains double the workers and where many jobs only require basic skills that can easily be replaced by technology.

Connected devices, and cloud technologies are replacing simple-skill jobs at a speed that makes it challenging to retrain the service workforce displaced.

Retraining this vast, at-risk population in five years is a massive problem for the private sector, governments, and the larger society. Building new skills to perform new jobs is a step-function change—not gradual, incremental evolutionary change.

The difficulty is that by 2020 one-third of the desired core skill set of most occupations will comprise elements that are not considered crucial by today’s standards. Two-thirds of the participants in the World Economic Forum study view investment in retraining current employees as a key part of change management. They think, however, that too many underestimate the technological upheaval of labor markets and too many are guided by short-term profitability pressures—Less than 2 percent of all the companies in the US create 65 percent of all jobs, and these companies are under shareholder pressure for continuous growth.

We Love Low prices and Robots

We, the consumer, drive growth. We, the people, also want workers to have better income and health care. We, the business owner, also want U.S. manufacturing to thrive. But we the people, don’t want to pay more than a few dollars for a hamburger or a cup of coffee. We want inexpensive clothing and electronics. These market dynamics, alongside with regulatory increases on health care and wages, drive technology deeper and deeper into every corner of the business.

Offshore manufacturing and robotics create cheap, high-quality goods. In 2012, we hit 900,000 operational robots in American, German, Chinese, South Korean, and Japanese manufacturing facilities (one-third concentrated in Japan). While demand for industrial robots grows, manufacturers are also enhancing their competitiveness in service robots. Offshoring is not an option in the services economy, but service robots are.

Most people think that robots live only in the industrial realm. But ubiquitous mobile technologies—that is, apps—are robots by another name. Mobile apps will replace many jobs in the services economy.

What can we do?

Mobile matching technologies will partially address the gap in low-wage service jobs. Matching apps like Uber balance supply and demand of services where in the past spare capacity sat permanently idle. Matching and dispatching workers in real-time will certainly address part of the problem by replacing traditional staffing and employment agencies. Yet it does not solve the fundamental problem:

Can we equip at-risk service workers with the knowledge and tools they need to fill their skills gap—and can we do it fast enough?

This requires a public-private effort of epic proportions. The private sector can shoulder a big load of the responsibility for closing this gap. But still, there are millions of low-wage workers who are simply unprofitable for private companies to train and educate. More than 50 percent of adults in the U.S. lack the skills necessary to identify or interpret one or more pieces of information, essential for succeeding at work.

The U.S. government has tried for years. In 2009, nine agencies spent $18 billion on 47 public programs to elevate low-skill workers’ skills and quality of life (up from $5 billion and three programs since 2003). However, they haven’t worked. Studies show that these employment and training programs spread funding over too many issues and failed to eradicate any of them. Even in times of high unemployment, these programs saw sub-10 percent participation rates.

We need to try another way, and a good first step is to provide affordable access to mobile technologies to enable real-time training and involvement in the matching economy.

By 2020, the totality of labor substitution by technology will be magnitudes larger than the 5 million job losses in 15 countries estimated by the World Economic Forum. Based on current trends, technology will replace 5 million low-wage service jobs in the U.S. alone. If that’s true…

…labor substitution will become a critical social and economic problem to address not only in the white-collar and manufacturing sectors but also in the larger service hourly-jobs sector. Ignore it, and that time-bomb will tick down to zero.