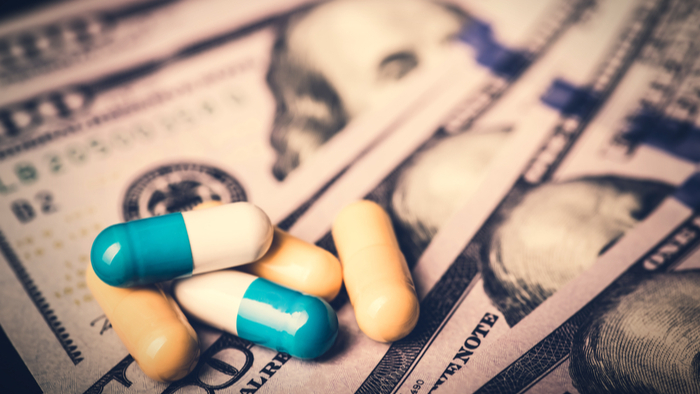 • How can funders work to ensure that drugs are affordable and accessible?

• Learn more about high drug prices in the United States.

A massive lawsuit filed in May by 44 states accuses 20 major drug makers of colluding for years to inflate prices on more than 100 generic drugs, including those to treat HIV, cancer, and depression. If true, the alleged behavior is not just a violation of antitrust law, but also a betrayal of the government policies that created and defended the entire generic drug industry.

Most prescriptions in the U.S. today—9 in 10—are filled with generics, which are just as safe and effective as their brand-name equivalent. And yet generics account for only 22 percent of U.S. prescription drug spending. These prices are so low because of competition between makers of different versions of the same generic drug. The more competing generic alternatives, the lower the price, theoretically right down to the marginal cost of manufacturing the pill.

This success is the result of decades of careful federal and state policymaking, all geared towards introducing competition in prescription drug markets. The entire generic industry has its origins in the Hatch-Waxman Act of 1984. Prior to Hatch-Waxman, a company that wanted to sell a competing version of a drug whose patents had expired had to conduct lengthy and expensive clinical trials to get approval from the U.S. Food and Drug Administration. Hatch-Waxman established a quicker, less-expensive path to FDA approval that leans on the scientific research supporting the already approved brand-name drugs.

The price-fixing allegations in the lawsuit, if correct, raise the level of concern. They suggest that failures of competition in the generic industry are more troubling—and more widespread—than anyone knew. If the alleged price increases—some up to 1000 percent—are true, patients and health plans have been overcharged to the tune of “many billions of dollars,” according to the lawsuit. The broader damage done to trust in generic drug makers may be irreparable.

Especially as spending on prescriptions overall is increasing, the U.S. needs a fair, competitive generic drug industry. It shouldn’t take more aggressive policing of antitrust laws to get one.

Read the full article about the vulnerability of generic drug policies by Andrew W. Mulcahy at RAND Corporation.