Many Migrants Have Returned to Libya This Year 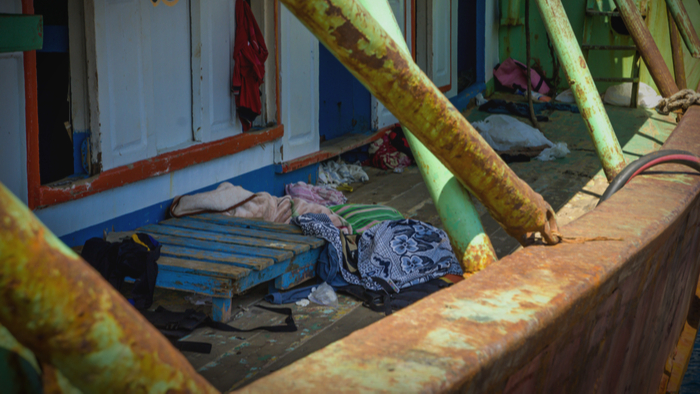 • According to the International Organization for Migration (IOM), approximately 1,000 migrants have been intercepted and returned to detention centers in Libya this year.

• The detention centers are dangerous and provide harsh living conditions. How is the international development community responding to this migrant crisis? What are ways that donors can get involved?

• Learn more about the conditions of migrant detention centers in Libya.

Almost 1,000 refugees and migrants have been intercepted at sea and returned to war-ravaged Libya this year already, according to the International Organization for Migration (IOM).

Libya, a large oil producer, has been engulfed in chaos since 2011 when longtime leader Muammar Gaddafi was killed in an uprising.

It is now split between two rival administrations: the internationally backed Government of National Accord (GNA) led by Prime Minister Fayez al-Sarraj, and the House of Representatives allied to renegade military commander Khalifa Haftar and his Libyan National Army (LNA).

The IOM said most of the refugees and migrants were “disembarked in Tripoli and all were taken to detention centres”.

About 4,500 people are currently held in “official” detention centres across Libya. Thousands more are held in “prisons” run by armed groups.

Both types are said to be overcrowded with unhygienic and inhumane conditions, with abuse and violence rampant. There is a shortage of food and drinking water, but an abundance of torture and forced labour.

Libya acts as a major gateway for African migrants hoping to reach Europe. There are more than 636,000 migrants currently in Libya, according to IOM.

But the conflict in the country drives these people to the sea in the hope of reaching Europe, across one of the deadliest migration routes in the world.

Read the full article about Libyan migrants by Faras Ghani at AlJazeera.

Learning with others and benchmarking are key steps towards becoming an impact giver. If you are interested in giving with impact for Global Development, take a look at these events, galas, conferences and volunteering opportunities to connect with individuals like you.