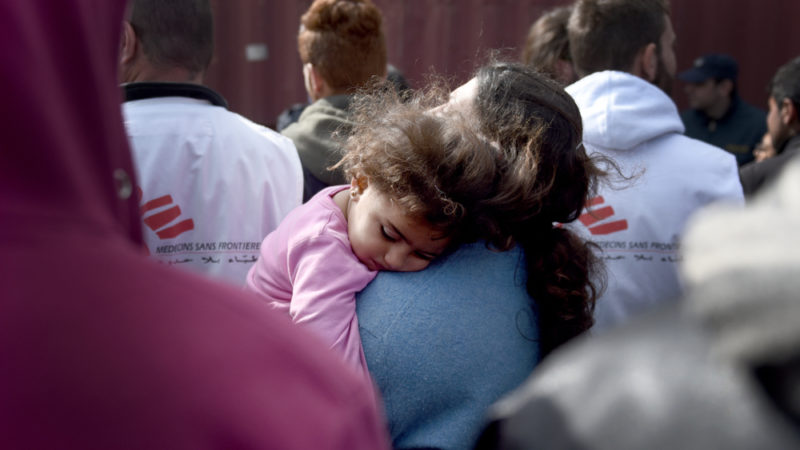 • The Trump administration has always favored stricter immigration policy, but its recent criticism of certain immigration “loopholes” may harm more than help. The Marshall Project discusses what this means for migrant kids who came to America in search of asylum — and how law enforcement may be overstepping its bounds.

• No matter where you fall on the political spectrum, there should be bipartisan consensus that this problem needs to be addressed in a more humane way, as children are coming to this country to escape extreme poverty and violence. Can we all find some common ground and help these kids?

• Take a look at the international migrant crisis and what’s being done.

On April 4, the White House posted a fact sheet on its website warning that legal “loopholes” were allowing tens of thousands of immigrant children who entered the country on their own to remain in the United States.

The next day, another post went up: “Loopholes in Child Trafficking Laws Put Victims — and American Citizens — At Risk.”

And the same week, the Administration for Children and Families, a division of the Department of Health and Human Services not normally known for its politics, announced that it “joins the President in calling for Congress to close dangerous loopholes.”

Over the past month, the Trump administration has taken aim at a previously uncontroversial set of child protection laws created to protect young people who cross into the United States without a parent or guardian, perhaps aided by smugglers. The administration now sees some of these same youths as a threat, and is portraying the laws as “loopholes” that are preventing the quick deportation of teenagers involved in gangs.

The campaign is aimed at Capitol Hill, but the Trump administration is not waiting for legislation: In a series of at least a dozen moves across multiple federal agencies, it has begun to curtail legal protections for unaccompanied children who cross the border. Many of these safeguards were created by a 2008 law that provided protections for children who might otherwise be forced into labor or prostitution.

Read the full article about migrant kids and Trump administration policy by Eli Hager at The Marshall Project.