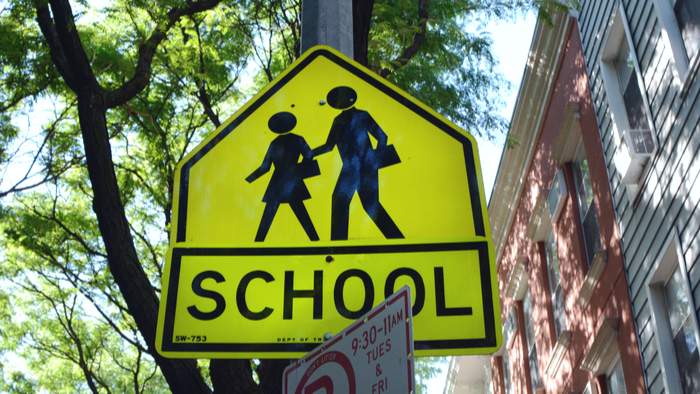 • What role can philanthropies play in education? How involved should they be in public projects?

• Read about what happened in NYC education in 2018.

In his latest effort to bolster his education track record in his last two years in office, Mayor Bill de Blasio has teamed up with Laurene Powell Jobs, the widow of Steve Jobs, and the Robin Hood foundation, to create 20 new schools and restructure 20 existing public schools.

Teams of students, educators, and community members will compete for the roughly $16 million in private funding, matched by $16 million in public funding, to launch their new or reconfigured schools under the “Imagine Schools NYC” program.

Michael Mulgrew, head of the city’s teachers union, said department officials approached him last spring about the contest, partly as a way of addressing overcrowded schools in certain districts. He was sold on the notion that communities would play an active role in designing new schools.

Powell Jobs’ XQ Institute is committing $10 million to support up to 10 high school plans. The organization has given millions to launch contests across the nation to create new models for public schools. It spent $127 million between 2015 and 2017 and committed to spend millions more since.

However, XQ has faced some serious practical issues: unfriendly school boards and questions about low test scores. In fact, three of the initiative’s 19 schools have not opened or expanded as planned.

Robin Hood, an anti-poverty foundation, is spending $5 million to help create 10 of the 20 new schools that will be created from scratch and will be “dedicated to serving historically under-resourced students,” according to the announcement. It will spend an additional $1 million to expand the education department’s professional development for district and charter schools.

The de Blasio administration has relied on outside funding for some of its core initiatives, including his Computer Science for All initiative, though the role of education philanthropy has diminished during his tenure.