The Severe Impact of Noisier Oceans on Marine Life 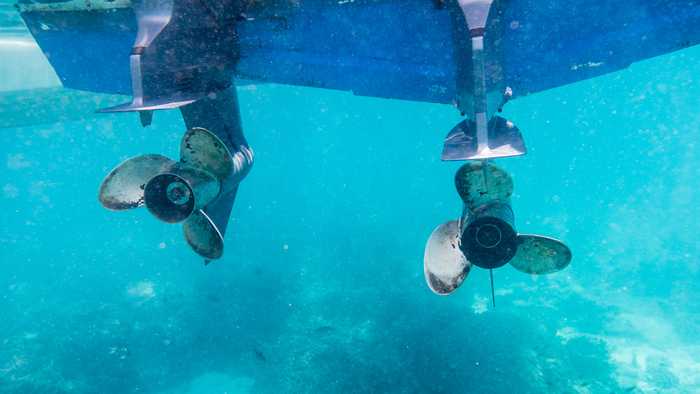 • The increasing amount of noise from industrial engines and seismic air guns in our oceans threatens marine animals’ livelihood and the complex ecosystems that they live in.

• Sound pollution isn’t the only threat facing marine life, but it is a major problem they are facing. What can policymakers and activists do to restrict harmful noises and protect our oceans?

• Here are 3 accelerators working to save our world’s oceans.

Massive engines rumbling, industrial propellers churning, and seismic air guns blasting — these are the sounds that dominate life underwater in many parts of the world’s oceans.

And these excruciating sounds could soon get worse, as bans on drilling for oil in swaths of the Atlantic Ocean and Pacific Ocean get lifted and commercial traffic on the world’s seas increases, according to the New York Times.

Seismic air guns are especially harmful — each blast sounds like a bomb exploding. When companies explore for oil fields, they shoot seismic blasts into the water that bounce off the seafloor and return to a sensor that can tell if oil is present. These guns — in arrays of up to 48 — fire every 10 seconds during exploratory missions and make it nearly impossible for nearby marine animals to communicate or decipher sound.