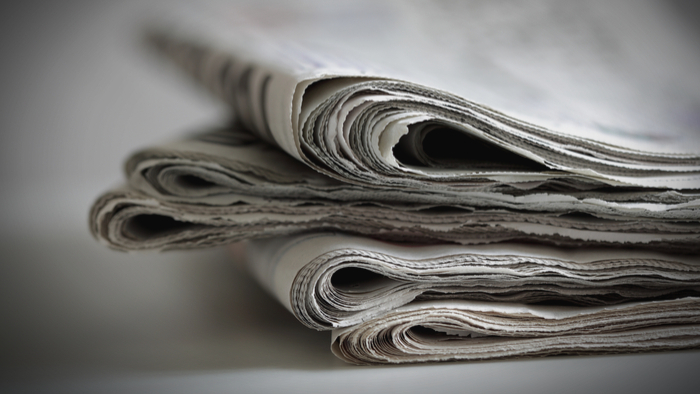 While the freedom of the press has been enshrined in our Constitution for over 225 years, the press has never been free from politics. After all, President John Adams signed the 1798 Alien and Sedition Acts — effectively criminalizing public, printed opposition to the government — before the Bill of Rights was even a decade old.

Consequently, the news industry is eroding. According to the Pew Research Center, newsroom employment dropped by 23 percent between 2008 and 2017, representing the elimination of some 27,000 journalists. Newspapers have felt the brunt of this loss: 45 percent of newsroom jobs have disappeared (Pew Research Center, 2018).

Existing, for-profit media outlets are also flirting with the nonprofit model. In late 2017, both the Guardian and The New York Times announced the establishment of nonprofit wings.

Philanthropy is taking note. Frequently led by the John S. and James L. Knight Foundation (a constant leader in this space), Democracy Fund, and others, philanthropy is pouring new money and emphasis into nonprofit journalism and media literacy. Today, Media Impact Funders (MIF) counts 9,000 funders in the landscape. Rising demand for MIF’s expertise led to a 2018 grant from the Wyncote Foundation to update their “5 Things” handbook for funders wishing to enter the space.

Some funders are working to expand giving within the general public. In December 2016, the Knight Foundation launched NewsMatch, now housed at the Miami Foundation, for just this reason. In 2017, NewsMatch helped galvanize $33 million in donations, including gifts from 43,000 individuals who gave to nonprofit journalism for the first time. Overall, 2017 was a record-breaking year for giving to nonprofit journalism in the U.S (Knight Foundation, 2018).

But where philanthropy will go from here is still unclear. A 2018 study from the Shorenstein Center on Media, Politics and Public Policy revealed that public radio and television received 44 percent of the grant dollars in this space 2010-2015. And while only 5 percent went to local/state-specific outlets, 20 percent of that number came from just one source: the Knight Foundation (Nisbet, Wihbey, Kristiansen, & Bajak, 2018).

Skeptics point to the fact that most media funding goes to a comparatively limited number of outlets (e.g., ProPublica, The Texas Tribune, NPR), recapitulating institutional funders’ tendency towards “pack philanthropy,” and that journalism funders have not yet found a balance between general support for a free press and their desire to gain coverage for specific issues and influence public opinion. As philanthropy pays increasing attention to journalism’s role in civil society, these issues are likely to come up repeatedly

Other questions remain to be answered. Practitioners like Miguel Castro at the Gates Foundation are right to question whether Jeff Bezos’ purchase of The Washington Post, Laurene Powell Jobs’ Emerson Collective’s majority stake in The Atlantic, and Marc Benioff’s purchase of TIME constitute philanthropy or business. So far these corporate billionaires don’t seem to have overstepped the editorial firewall (Castro, 2017). But as Americans of all stripes and sectors continue to debate the virtues — and existence — of a free press, it behooves philanthropy to pay attention.

By Tory Martin, Director of Communications & Engagement, Dorothy A. Johnson Center for Philanthropy.

Learning with others and benchmarking are key steps towards becoming an impact giver. If you are interested in giving with impact for Media and Journalism, take a look at these events, galas, conferences and volunteering opportunities to connect with individuals like you.