Nonprofit Tales From the US-Mexico Border 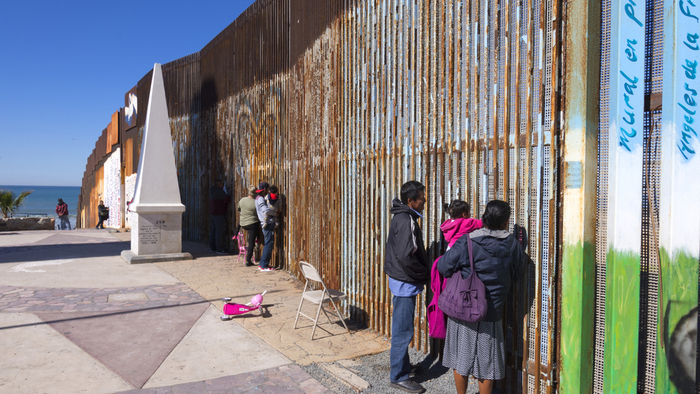 • Julie Stiles gives her and others’ takeaways on how nonprofits are responding to the U.S.-Mexico border crisis.

• How can nonprofits of all sizes and shapes step up and maintain the balance and compassion we seek in society?

• Here’s some common-sense solutions to the border crisis.

In July 2018, I visited McAllen and Brownsville, Texas, in the heart of the Rio Grande Valley (RGV) as part of a study group seeking to learn more about the current administration’s approach to border security. As board members of a national foster care nonprofit, our initial focus was on children and parents who were routinely separated from each other by ICE personnel enforcing laws that prohibit entry into the US by unauthorized persons. Ultimately, we learned little beyond what the news had already reported about border enforcement. Instead, our most surprising lessons came from observing (and participating) in the nonprofit community’s response to this complex and occasionally stupefying approach to policy and law enforcement.

Lesson 1: This Is Bigger Than It Looks!

We attempted to visit Casa Padre, a migrant youth shelter run by Southwest Key, a nonprofit based in Austin, Texas. This shelter is housed in an old Walmart building in Brownsville, TX and at that time held approximately 1,400 immigrant boys in federal custody, 5% of whom had been forcibly separated from their parents.

Lesson 2: Help Happens One Person at a Time

Individuals—adults and children—are at the center of a storm within the storm they are already enduring because of the “choice” to immigrate.

Immigration and the border present what some call “wicked” problems—difficult or impossible to solve because of incomplete, contradictory, and changing requirements that are often difficult to recognize.

Lesson 4: What Goes Around Comes Around

I’m a child of the sixties who attended countless meetings of folks seeking to ensure civil rights and end U.S. imperialism. At 70, I was the second youngest member of the group—our driver and coordinator Sara was an elder-to-be, in her mid-thirties. All of us sought paths to engagement despite (or perhaps because of) our seniority.

Read the full article about how nonprofits can help the US-Mexico border by Julie Stiles at Blue Avocado.