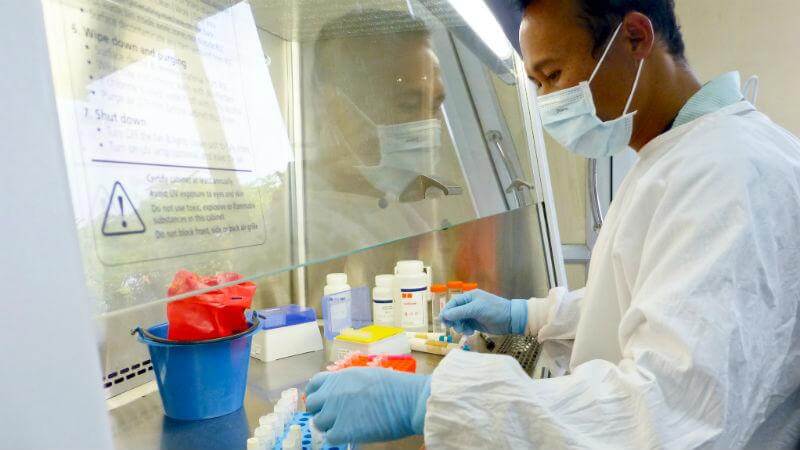 • Devex raises concerns about the state of funding for the Global Health Security Agenda, which tackles disease epidemic threats, in addition to the Centers for Disease Control. If such institutions lack enough money to do their jobs properly, we are all at risk.

• Financing epidemic prevention, as Devex points out, doesn’t have to come at the cost of underfunding other health initiatives, as building up systems in the sector can be complementary. Donors can help by funding critical infrastructure.

• Here’s more on how you can make an impact on global health priorities.

In addition to its human toll of more than 11,300 deaths, the Ebola epidemic of 2014 had hugely negative economic effects on West Africa. The World Bank estimated the overall impact on Guinea, Liberia, and Sierra Leone to be $2.8 billion, while a significant $3.6 billion — almost the entire GDP of Sierra Leone — was spent on the response.

And this was the cost of only one epidemic of many. The economic impacts of six major zoonotic disease outbreaks between 1997 and 2009 were estimated to be more than $80 billion globally.

But despite clear evidence of the economic harm epidemics can wrought, the future upfront funding of the Global Health Security Agenda (GHSA), a multilateral initiative to tackle global health threats, remains uncertain. And the main agency for U.S. health security, Centers for Disease Control (CDC) — which has triple the budget of the WHO — has recently seen its funding cut dramatically. Until the Senate responds to ongoing campaigns that aim to restore some of this funding, there will be reduced epidemic prevention in all but 10 of the CDC’s original 49 priority countries.

At the same time, global polio funding is also coming to an end. While the eradication of polio is worth celebrating, the fact that 90 percent of all WHO lab and surveillance funding in the Africa is connected to the disease leaves the organization at a crossroads. Eliminating this funding to support responses to future epidemics instead of prevention would be penny-wise, pound-foolish.

Read the full article about why governments must step up funding for global health by Dulce Pedroso at Devex International Development.