Plastic Pollution Is Killing a Million People a Year 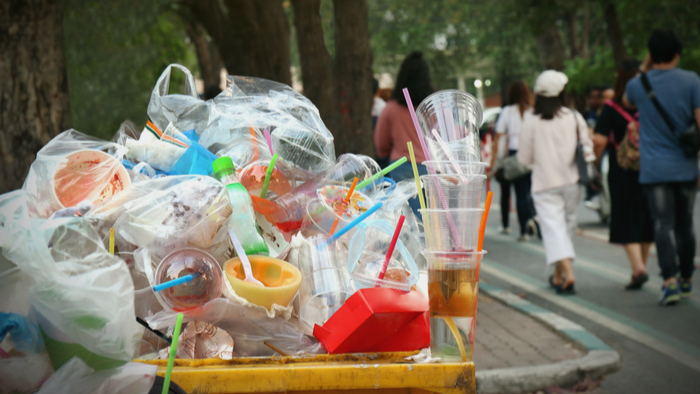 • David Attenborough highlights the impact of plastic pollution on global well-being and offers solutions we can pursue.

• The report recommends ways that key players such as governments, companies, and citizens in developing countries can address plastic pollution. What can you do to address this problem locally and globally?

• Read about the fight against ocean plastic pollution.

Thanks to momentous global efforts from campaigners, activists, governments, and many more, most of us are now well aware of the harmful impact that plastic pollution is having on marine life.

TV broadcaster David Attenborough has been widely hailed for really bringing the issue into the public eye, through his 2017 documentary series Blue Planet II.

Now, Attenborough has lent his voice to a new report that’s one of the first to highlight the impact that plastic pollution is having on the health and well-being of people globally — with a specific focus on the world’s poorest.

The report — published on Tuesday from charities Tearfund, Fauna & Flora International, WasteAid, and the Institute of Development Studies, based at the University of Sussex — calls plastic pollution a “public health emergency.”

It sets out some pretty terrifying statistics, and goes on to outline the actions that key players — governments, businesses, and individuals — can take to help reduce the impact.

Around the world, according to the new research from Tearfund, between 400,000 and a million people in developing countries are dying every year because of diseases and accidents linked to waste being poorly managed.

When not properly managed, says the report, waste can have a devastating impact on people’s health in many different ways.

The wide-ranging report also touches on the issue that everyone’s talking about: climate change.