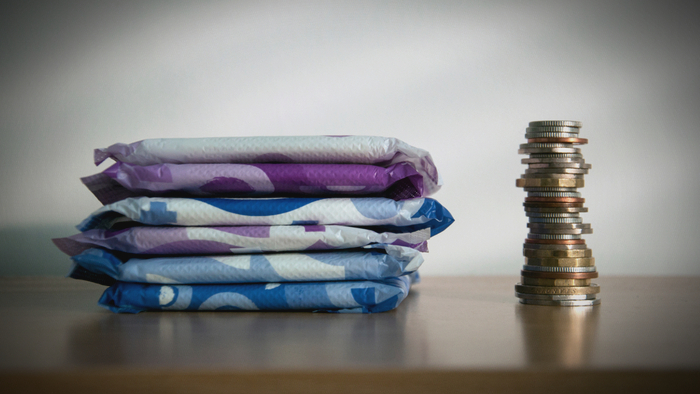 • A report by the Kulczyk Foundation and the Founders Pledge explores period poverty and the underfunded and under-resourced initiatives that are tackling this problem worldwide.

• How can donors spread awareness about period poverty?

• Read more about women’s health in the US and abroad.

From child marriage to malnutrition, Polish philanthropist Dominika Kulczyk has spotlighted numerous injustices around the world in her docuseries, Domino Effect.

But after visiting Nepal at the beginning of this year for her series’ seventh season, Kulczyk decided to focus her attention on one issue in particular: period poverty.

In a new report by the Kulczyk Foundation and the Founders Pledge, researchers found that initiatives tackling period poverty are majorly underfunded, with less than $100 million a year spent directly on menstrual hygiene programs globally. This compares to $450 billion in charitable donations last year in the United States alone.

In a world where an estimated 500 million girls and women lack access to adequate sanitation, the current funding equates to less than 20 cents per person in need.

“If you think about it, access to complete menstrual health and hygiene is a basic human right,” Kulczyk, who has a net wealth of $1.9 billion, told Global Citizen. “Without it, women and girls just cannot pursue full lives with dignity and confidence.”

During her time in Nepal’s Kalikot district earlier this year, Kulczyk shadowed Maya Khaitu, director of Days for Girls Nepal, and met with locals from a rural village. There, she witnessed the outlawed, but still practiced, custom of “chhaupadi,” which orders girls and women to sleep in an animal shed or remote hut when they’re menstruating.

The period taboo and its impacts are not just issues in Nepal, but all around the world. In Uganda, a study found that many girls skip school while on their period to avoid teasing by classmates, and in the US, nearly half of women report they have experienced period-shaming by men.

Read the full article about period poverty by Kristine Liao at Global Citizen.