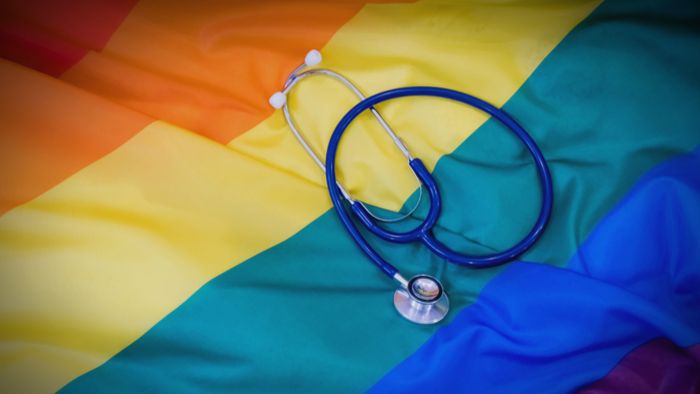 • Read about a report released by the Urban Insitute which found that same-sex and transgender couples faced discrimination from real estate agents when looking for housing.

Sexual minorities are less likely to be employed or to have health insurance than their straight peers, a new U.S. study suggests. They are also more likely to report being in poorer health and having a lower quality of life, according to the results published in the online journal BMJ Open.

“Previous research has shown that nearly half of all sexual minorities experience employment discrimination in their lifetime, which can lead to disparities in health insurance coverage, and ultimately to health-related quality of life,” said lead author Brittany Charlton, an assistant professor at Harvard University’s T.H. Chan School of Public Health in Boston.

Earlier research that compared cohabiting straight and same-sex couples found that sexual minorities were more likely to be out of work and to be uninsured than their straight counterparts. Charlton and her colleagues wanted to see if those findings held up in a broader sample.

In the entire group, 7.5 percent were unemployed or not working due to illness or disability, about 5 percent were uninsured, while 38 percent lacked access to a routine physical health exam.

But for bisexual women, the odds of being uninsured were nearly four times those of straight counterparts, the study found. Gay men were almost 50 percent more likely to be unemployed due to illness or disability and gay women were 84 percent more likely.

Charlton thinks the solution lies in new legislation. “Until all people, regardless of sexual orientation, are treated equally in the eyes of the law, including with non-discrimination laws protecting employment as well as housing, public accommodations, and credit/lending, sexual orientation-related disparities will persist,” she said.

In case people need another reason to fix the problem, Padula said in an email, “by not investing in people’s primary up-front health care needs, we end up paying more for the long-term consequences.”

Read the full article about LGBT access to healthcare by Linda Carroll at Reuters.

If you are looking for opportunities to learn and connect with others interested in the topic of LGBTQIA+, take a look at these events, galas, conferences and volunteering opportunities aggregated by Giving Compass.