Study of High Net Worth Philanthropy 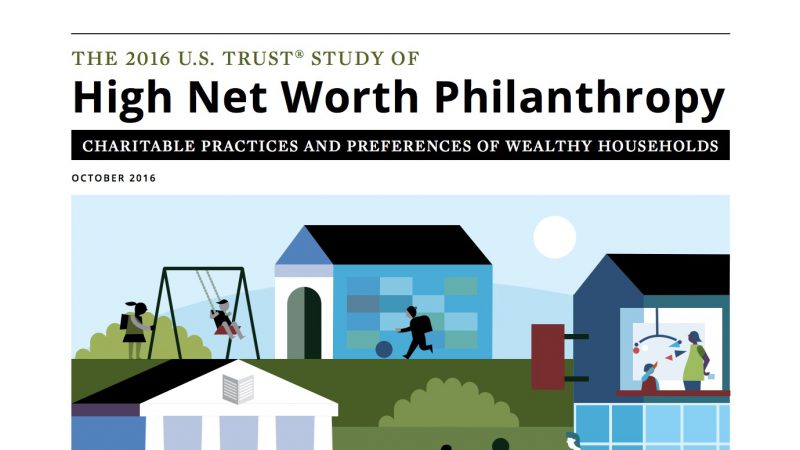 Most wealthy individuals believe charitable giving (45 percent) and volunteering (31 percent) have the greatest potential for positive impact on society –far more so than voting for (13 percent) or contributing to (1 percent) a political candidate who shares their ideals on topics important to them – according to the 2016 U.S. Trust® .

Wealthy donors continue to be incredibly generous with their time and money in support of social change in their communities and in the world,” said Claire Costello, national philanthropic practice executive for U.S. Trust. “And while their charitable activity is driven to a large extent by their personal values and convictions, donors are also listening closely to the needs of nonprofits as they make their giving and volunteering decisions.”

Read the source article at Lilly Family School of Philanthropy