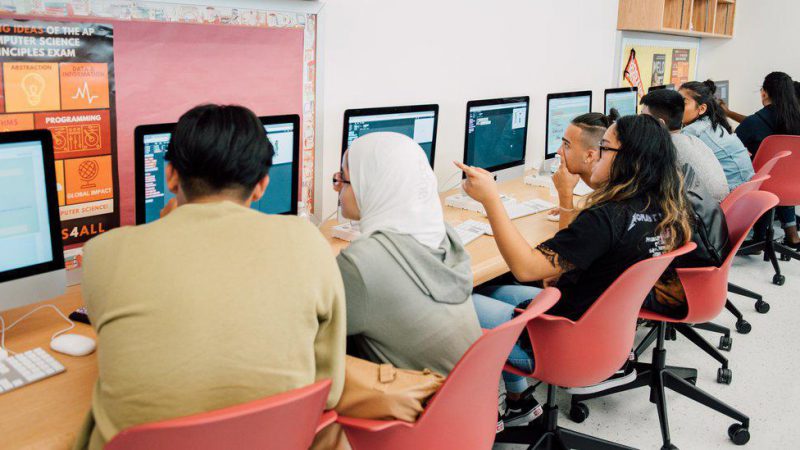 Many of the country’s largest tech companies, including Amazon, Facebook, Google, Microsoft and Salesforce pledged a total of $300 million for computer science education, part of a partnership with the Trump administration meant to prepare students for careers in technology.

Many of the companies involved in the computer science initiative have been pushing to increase computer training in schools. Tech companies see the STEM fields, and computer science in particular, as a weakness in American education and have pressed for coding and other classes to be bolstered to keep the United States competitive with nations that are pulling ahead in those areas.

It’s easy to classify computer science as tech to enable getting a job in Silicon Valley or New York,” Ms. Trump said in an interview, “but the reality is that computer skills and coding is relevant and foundational for every sector and every industry across the economy and tech is increasingly the way we work.”