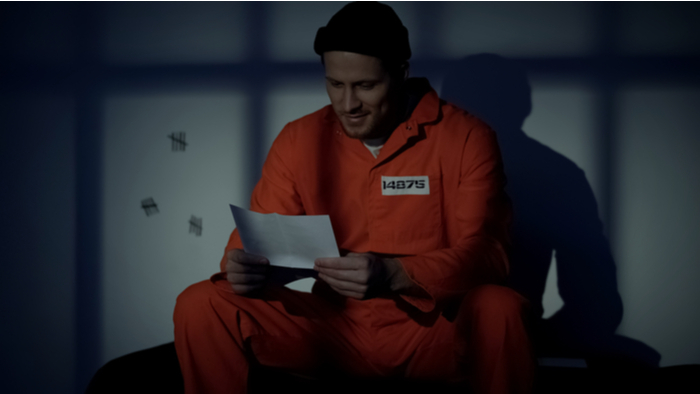 • At The Marshall Project, Keri Blakinger writes about the possible effects of a questionable Texas initiative to ban store-bought or homemade greeting cards in prisons.

• What might be some of the detrimental effects to prisoners’ mental health? How can we do more to accurately understand drug smuggling in prisons? What can you do to promote equitable research on contraband in prisons?

• Learn more the detrimental effects that other questionable attempts to limit drugs have had on inmates.

Texas is imposing restrictive new policies it says will cut down on contraband inside its 104 prisons. So more drug-sniffing dogs, less mail for prisoners. No more store-bought or homemade greeting cards. No more colored paper, no postcards, no artwork using paint or glue, no glitter. No more than 10 photographs per envelope.

Officials say the measures are necessary to keep would-be smugglers from dousing paper in drugs—like suboxone or liquid meth—and mailing it to people inside prison, the illicit substances obscured by paint or the thickness of a greeting card.

There’s little data showing that such policies are effective, according to Wanda Bertram of the Prison Policy Initiative, a criminal-justice think tank.

Of the more than 7.5 million pieces of mail Texas prisoners received in 2019, the state says that 3,500 letters per month—just over half of 1 percent—were flagged for a suspicious substance. It’s not clear how many times officials actually found drugs in the mail, since perfume and stickers count as suspicious.

A coalition of more than three dozen advocates and organizations—including the ACLU of Texas, the nonprofit Just Liberty and the Texas Inmate Families Association—laid out some concerns in an open letter asking the state’s prison board to delay implementing the measures they called punitive.

“Greeting cards are one of the few sources of cheer and color in an otherwise dull and depressing atmosphere,” the organizations wrote, pointing to studies showing that people in jail and prison are less likely to come back if they maintain close contact with their families on the outside.

Read the full article about banning greeting cards in Texas prisons by Keri Blakinger at The Marshall Project.