‘The Book of V.’ Delves Into the History of Women’s Rights Activism 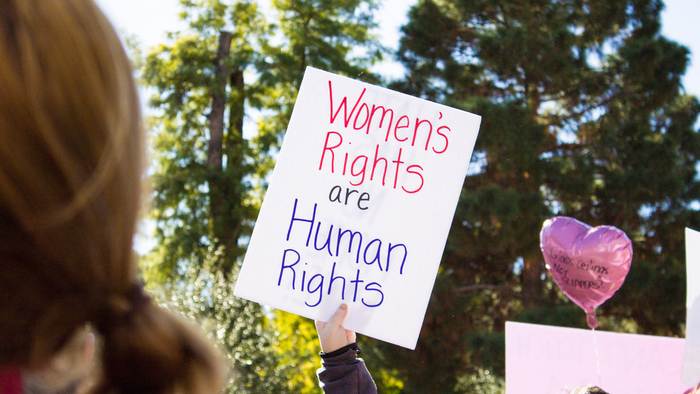 The struggle for women’s rights has gone on for thousands of years and true gender equality is still far from being realized.

On the one hand, “glass ceilings” being shattered suggest growing independence and prosperity. Yet billions of women around the world still lack basic personal, social, and economic rights; misogyny is woven into the norms and institutions of society; and violence against women is rampant.

In Anna Solomon’s latest novel, The Book of V., the oppositional forces of progress and reaction collide in the lives of three women from very different eras who try to overcome the stifling values of patriarchy.

Esther is subjected to the whims of a powerful Persian king; Vivian Barr faces predatory behavior in her Washington, DC, home; and Lily existentially doubts her role as a mother and wife. Across vastly different cultural milieus, Solomon shows how women draw on personal resolve, friendships, and broader communities to survive and thrive.

Solomon told Global Citizen that she was interested in exploring the power dynamics that have historically shaped women’s lives in her latest book.

“Part of what I’m exploring throughout these stories is how we have been kept from power and also how we have harnessed power and continue to,” Solomon said. “On another level, I’m looking at how utterly entwined the political and personal are when it comes to women’s experiences.

“Beyond that, and really key to why I chose to tell these stories across times, I wanted to look at the huge impact that storytelling has on our conceptions of ourselves and ultimately history,” she added. “A story that a mother or grandmother passes onto their daughter or son thinking it might be empowering might actually be oppressive. A story that a whole segment of society is told about their worth shapes not only their own lives but also history.”

The Book of V. is the third selection for the Global Citizen Book Club. We’re inviting people to read the book over the next month and then join a live Q&A with Solomon in early September.

Read the full article about women fighting patriarchy throughout history by Joe McCarthy at Global Citizen.